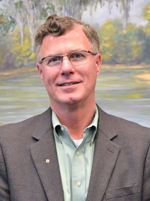 A retired University of Georgia farming extension agent from Thomas and Grady counties announced he is running for Georgia House of Representatives District 173 seat.
Don Clark has spent the last 31 years in Southwest Georgia as a public servant and said he is running for the 173 seat because of his knowledge and background in agriculture and his desire to serve the community.
Darlene Taylor currently represents district 173, which covers parts of Thomas, Grady and Decatur Counties.
“I retired from UGA at the end of the year and I have had a passion for serving people and solving problems because that’s what I have done for the past 31 years is solve problems for people,” Clark said. “I have mostly worked solving primarily agricultural problems for farmers, but I have gotten calls on everything from brown spots on someone’s shrubberies and vegetable gardens. I have even had to get bats out of the attic of a church.”
Clark started in Grady County and worked as an agricultural extension agent for 15 years and seven months and then transferred to Thomas County and operated there, helping the farming community for 15 years and six months. Now that Clark is retired he said he would devote his full attention to legislation matters if elected.
“I can spend as much time as I need to representing the people of District 173,” Clark said. “The message I want to get out to people in Decatur County and the entire district is that I’m going to answer my phone and return messages and emails.
I have a reputation of being responsive to people and answering phone calls.”
Clark is launching his campaign with the slogan, “Don Clark working for you.”
Clark worked to pioneer a wildlife management seminar for the area for six consecutive years and bring landowners information on grooming their property for quail, deer and dove hunting. He said he sees land and wildlife management as an economic development opportunity.
Clark has several other items on his platform including education and youth programming.
“If you have a strong educational system but also strong youth programming with organizations like YMCA, Girls and Boys Clubs of America, 4-H, etc. then you can avoid some of the social problems and issues we face today,” Clark said.
Clark said he is running on the Republican ticket because that is the ideology he aligns himself with. He said if it came down to it in a vote however, he would not vote based on party lines but instead on what was best for Decatur County.
Decatur County is split into two separate house districts, but Clark said he would work for the good of the entire county.
“Decatur County is split but I recognize that if I represent part of Decatur County, I would represent all of Decatur County,” Clark said. “I have worked with a lot of farmers in Decatur County while in Thomas and Grady counties and I feel that I could come to them and talk to them about their needs with legislation if I were to be elected.”
Clark said the website he is launching will eventually offer an arena where residents could make comments about each proposed bill.
Clark can be reached at (229) 977-2080 or by email at DonClarkWorkingForYou@live.com.
His campaign address is P.O. Box 600, Cairo, GA 39828.
Qualifying for the election will begin the first week of March. The election primary will take place May 20.