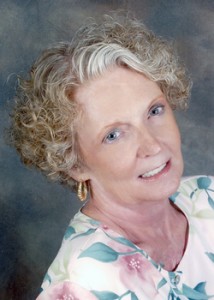 Marie Starling Schumacher Braswell Russell, 83, passed away on Dec. 12, 2013 at Archbold Memorial HospitaL She was born on July 5, 1930 in Bartow, Fla. to her parents, Luby Cleo and Effie Donna (Rozier) Starling. She was lovingly adopted by her parents, Edward John and Lessie (Whidden) Schumacher in 1931 after her birth mother died at a very young age.
Following graduation from Lake Wales High School, she married Rufus Chester (Bill) Braswell, from Donaldsonville, Ga, on April 8, 1950. They were married for 29 years and were blessed with 6 children together. She became the stepmother to Bill’s other children, Mildred Braswell Randall Manders, Ray Braswell, Eloise Cox Sharp, Nell Cox Johnston, Jody, Thelma and Wilma Lloyd. On September 9, 1980 she married James (Jim) Madison
Russell from Cairo, Ga.
Marie is survived by her children, Linda Hall Dorsett of Jasper, Fla.; Pauline (Polly) Burnett of Tallahassee, Fla.; Christine (Christy) McCain of Bainbridge; Edward (Ed) Braswell (JoAnne) of Thomasville, Ga.; Charlene (Charl) Wiley (Ed) of Thomasvi11e, Ga. and Keith Braswell (Lisa) of Babson Park, Fla. She is survived by her brothers: Conrad Schumacher; Charles, Kenneth and LC Starling and her sisters: Dot Autry, Melba Lambert and Katherine Starling. She was blessed with 19 grandchildren, 22 great-grandchildren and many nieces and nephews.
Marie was preceded in death by both parents and husbands; a grandson Travis Eugene Burnett; and her sisters: Marita (Schumacher) Evans; Margaret Starling and Ladonna Starling Harrison.
Marie worked in a variety of occupations starting out as a telephone operator, then as a salesperson and waitress. Her latest employments were ITT Plastics in Bainbridge, followed by Thomasville Home Furnishings.
She was always one to sacrifice her own needs to provide for others; therefore, after retirement, she did what she does best, she became a caregiver to the elderly and disabled.
She was a kind and selfless woman who loved the Lord and her family with all her heart.
She will be greatly missed by all who were blessed to know her, love her and be loved by her, including her closest friends: Barbara Cole, Mary Whatley Henley, Betty Bryant and her church family at Gateway Baptist Church.
Visitation is planned for Friday from 6 to 8 p.m. at Whiddon Shiver
Funeral Home in Thomasville. Funeral services will be Saturday at 3 p.m. at
Whiddon Shiver Funeral Home Chapel. Burial will take place at
Greenwood Cemetery in Cairo, Georgia. In lieu of flowers, memorial donations may be made to Gateway Baptist Church, 1020 Remington Avenue, Thomasville, Ga 31792 or
Lewis Hall Singletary Oncology Center, 919 South Broad Street, Thomasville, Ga 31792.