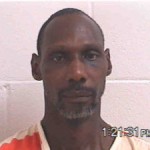 The Bainbridge Department of Public safety has arrested a man in connection to a suspected murder, which occurred sometime before Saturday at 7 a.m.

According to a statement by BPS director Eric Miller, his department responded to 519 E. Green Street in the City of Bainbridge in reference to an unresponsive female Saturday at 7:31 a.m.

“Upon arrival, officers entered the residence and located a black female later identified as Retha Bell Parks on the floor of a bedroom,” Miller said. Parks was pronounced dead. She was 63 years old according to family.

Chief Investigator with BPS, Frank Green, said his department worked with the Georgia Bureau of Investigation to find and arrest the 39-year-old suspect, Michael Bernard Davis of Bainbridge Saturday.

“We are working with the Georgia Bureau of Investigation to process the scene and we are waiting for an autopsy to be completed,” Green said.

Where the investigation currently stands, Miller said, is that the department is satisfied with the arrest made.

“The suspect is in custody and we are pretty satisfied that this individual committed the crime, and we have enough evidence to prove it,” Miller said.

Davis has been charged with felony murder, burglary and necrophilia and officers say further charges could be pending.

Family members have spoken out to the media throughout the weekend, and admitted Davis was staying with Parks. Parks’ niece Mary Cannon told The Post-Searchlight Parks took Davis in out of the goodness of her heart. Cannon said the family is grieving deeply for a loss they did not expect. Parks was a mother to four children and has numerous grandchildren.

“We just want justice,” Cannon said. “We want him to be guilty and we want him to get a capital murder [charge].”

Anyone with information surrounding the incident should contact the Bainbridge Public Safety Department Criminal Investigation Division (229) 248-2038.

The $15,000 civil penalty levied against Decatur County by the Georgia Public Service Commission (PSC) has been waived. After a... read more