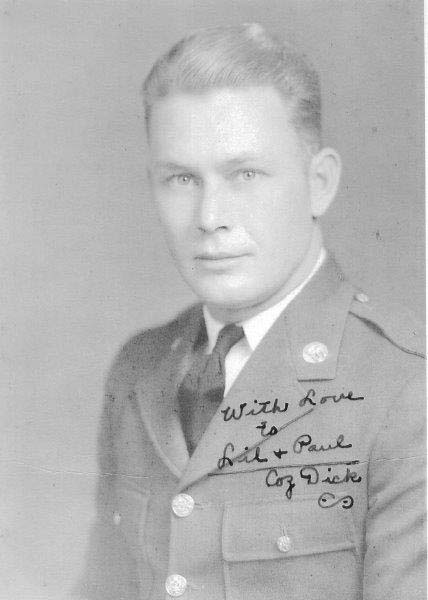 Corporal U.S. Army Burrell “Dixon”, as he was called at home, Phillips is one of Climax’s fallen soldiers. He is one of 15 remembered each Veterans and Memorial day with their names on white crosses topped with flags in Parker park. These brave men gave their all from Word War I to World War II through Vietnam.

In his letter, while Sergeant Mize expresses his disdain and displeasure at the actions of the Japanese during World War II, he also stated that he wished for his letter to be dedicated to the memory of his cousin Corporal US Army Burrell Dixon Phillips. While space and time will not allow the printing of the large letter, we now attempt to relate some of Sergeant Mize’s feeling in the loss of his cousin.

He states that his mother became very close to her cousins who were three brothers in Climax: Dixon, Dallas and Claude Phillips.

She and her brother spent many summers with these cousins. These three brothers were the sons of Allen and Catherene Phillips.

According to Sgt. Mize in the mid 1930’s around 1935-36, with the country still in the grips of the great depression, cousin Burrell Dixon Phillips left the farm in Climax and enlisted in the U.S. Army. He was eventually stationed in the Philippine Islands with the 31st Infantry Regiment of the Philippines Division.

Phillips was due to transfer out of the Philippine Islands in late 1942, but transfers were frozen because of the emergency declared by President Franklin D. Roosevelt. On Dec. 7th 1941, the Japanese Imperial Army, Naval and Air Forces attacked Pearl Harbor and other American, British and Dutch Installments in the Pacific. CPL. Phillips fought on the Bataan Peninsula at the entrance to Manila Bay and was awarded the Silver Star Medal for Gallantry in Action against an armed enemy of the United States. Several newspaper articles were written about Phillips’ gallantry and called him, “A Georgia Boy Hero,” sighting his heroic action at Bataan. He was captured on Bataan, but survived the “Bataan Death March,” and became a prisoner of war.

In later years Phillips’ brother, Claude received a letter from a man by the name of Abe stating he had served with Phillips and was a prisoner along with Phillips in Manila.

He told Claude that Phillips was an outstanding soldier and good Corporal. He said the whole 31st. Infantry fought bravely in Bataan. He wrote that at the prison camp he took care of Phillips as he was suffering from dysentery. He said all the troops had either malaria or dysentery some worse than others.

Abe wrote, “After the Japanese defeated us due to lack of food, medicine, and ammunition and everyone sick, we were made to march for six days on what they called the “Death March.” We marched all the way from Southern tip of Bataan to San Fernando, to Camp O’Donnell. We remained here for sixty days and lost over 1,600 Americans in a couple of months. The Japs got scared of the diseases and moved us to Cabanatuan, where we lost over 2,600 men in a short time.” Abe goes on to say he watched Phillips get weaker and weaker with no medicine for him or the other sick, and on June 16, 1942 Phillips died of dysentery. He was interred by the Japanese at Cabanatuan Camp#1.

Sgt. Mize wrote that in 1970 he was serving in his third year in Vietnam with the Marines when he was in Manila, Philippines on some R&R (rest and relaxation) for a week.

He decided to see if he could find any traces of his cousin Dixon. The best place to begin he thought was the Manila American Cemetery and Memorial on Nichols Field Road at Fort Andres Bonifacio.

“After searching through books and many names, before the age of the computer,” he said. “There it was. Corporal Burrell Dixon Phillips was there in the Manila American Cemetery.” He recounted that there are 17,206 Soldiers, sailors, Marines, Airmen and Coast Guard-men buried there. In addition, there are 48 pairs of limestone walls inscribed with the names of 36,279 missing who rest in unknown graves or who were lost at sea.

Mize wrote, “I made my way to the grave and there he was. The cemetery, graves and walls of the missing flooded me with emotions that to this day, I cannot begin to describe. I stayed at the grave a long time, took a couple of photographs of the tombstone and made my way back to Manila.” During his stay in Manila he stated that he also visited the island of Corregidor and to Bataan where his cousin fought and later died in what he described as brutal captivity.

Sgt. Mize ends his letter with, “So pardon me if I don’t get all misty eyed with compassion when I hear the Japanese cry about what victims they are. Does anyone really think that the Japanese would have hesitated for a minute to use the atomic bomb on America if their atomic research program had beaten us to production of and atomic weapon?”

Several members of the Phillips family live on Burt Phillips road in Climax. There is also a road near this one named Allen Phillips road after Dixon’s Father.

In 2010 the Climax Community Club made those 15 fallen Soldiers the grand marshal for that year’s Swine Time festival. In the Swine Time Book there is a large picture of all those brave men and throughout the book there are pictures of each one and a brief history about them. We thank Sergeant Mize for his interest and concern. 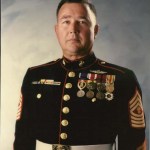 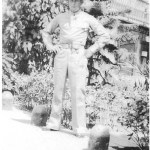 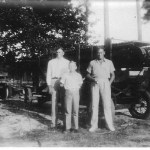 Left, Dallas Phillips, Claude Phillips all borhters of Pvt. Burrell (Dixon) Phillips U.S. Army on the right who who was home on leave in 1938 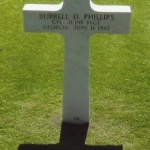 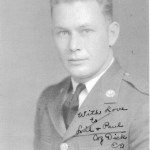