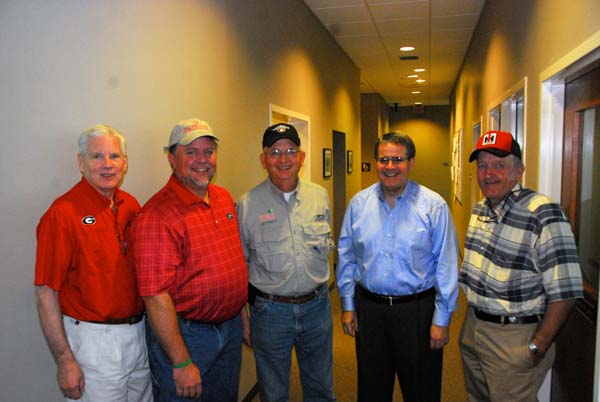 A group of state government and education officials toured agricultural sites in Seminole and Decatur counties this week as part of an annual University of Georgia Farm Tour.

Headlining the tour were Georgia Commissioner of Agriculture Gary Black, new University of Georgia President Jere Morehead and Scott Angle, dean of the UGA College of Agriculture and Environmental Sciences.

Also along for the multi-leg tour, which included transportation on the University of Georgia’s official jet airplane, were state legislators Rep. Terry England (R-Auburn), who chairs the Georgia House’s Appropriations committee and serves on its Agriculture and Consumer Affairs committee; and Rep. Tom McCall (R-Elberton), chairman of the Agriculture and Consumer Affairs committee and member of the Game Fish and Parks and Natural Resources and Environment committee.

After arriving in Bainbridge on Wednesday afternoon, the Farm Tour saw how peanuts were being picked at a field owned by John Bridges near Brinson, saw fertilizer being loaded at Dollar Farm Products, toured the computerized plant of Southeast Minerals in Bainbridge, and visited American Peanut Growers Group, a shelling plant located in Donalsonville,

Tommy Dollar, CEO of Dollar Farm Products, said Farm Tour participants also heard presentations about the importance of rainfall and irrigation to South Georgia farmers, and how farmers are doing their part to help conserve water.

Dollar said he talked about how four local cotton gins—Sowega, Clover Leaf, Decatur and Colquitt—partner together cooperatively with local farmers. American Peanut Growers also receives many tons of peanuts annually from a number of local farmers who ship their harvest with the help of local buying points, which grade and weigh the peanuts.

Alec Poitevint, president and chairman of Southeast Minerals, provided food and lodging for the Farm Tour guests on Wednesday night. His company makes and distributes mineral ingredients, some of which are used in livestock feed.

Other stops on the two-day Farm Tour, which began and ended in Athens, included Moultrie, Vidalia, Tifton, Rome, Blue Ridge, Cornelia and Baldwin. 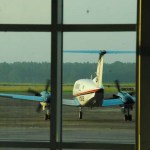 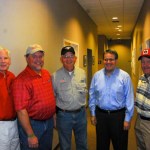 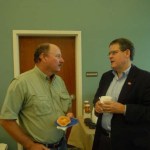 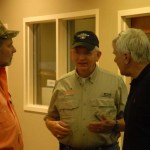 What can anyone possibly do to comfort family members after the death of a child? June Faircloth knows only too... read more