City growing to the south 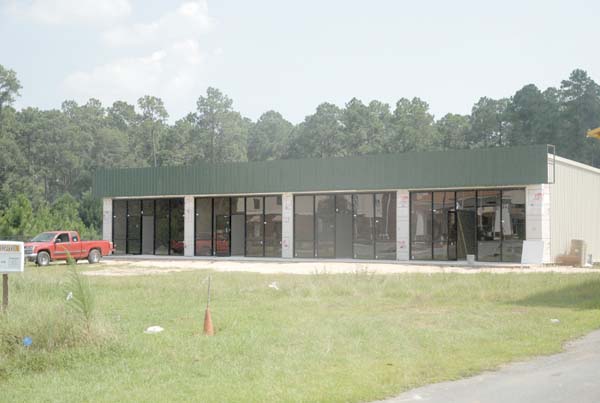 Several real estate property transactions that have occurred recently indicate that the City of Bainbridge is once again on the move, at least as far as commercial development is concerned.

Scott Rayburn, local manager of Riverbend Ford confirmed that plans are being formulated to relocate the auto dealership and service area to that location, and that more details would be available soon.

On August 15, Murphy Oil closed on property purchased from WalMart Realty, paying $227,500 for the site where they plan to build a gasoline service station. This is believed to be on the lot in front of the Bainbridge WalMart.

In April another parcel of 3.163 acres, also on Tallahassee Hwy., south of Tractor Supply, was purchased by Bran Hospitality from Bank of the Ozarks. Bran Hospitality owns Hampton Inn franchises in Americus and Vidalia and Holiday Inn Express franchises in Macon and Americus. At the time this project was first announced it identified John Nichols of Legacy Hospitality Management of Perry as the developer of the project and Shrad Amrit as the architect.

A new four-unit retail speculative building is nearly finished behind O’Reilly’s, and next to the car wash, both off Tallahassee Highway. Owner Alan Giles said each of the units is 1045 square foot, and two of the units are already rented. One of the new tenants will be Goin’ Postal, which will move from its present location at Inland Port Center.

“I like things that match,” Merita Rowan said, minutes before blowing out the candles on her birthday cake celebrating her... read more