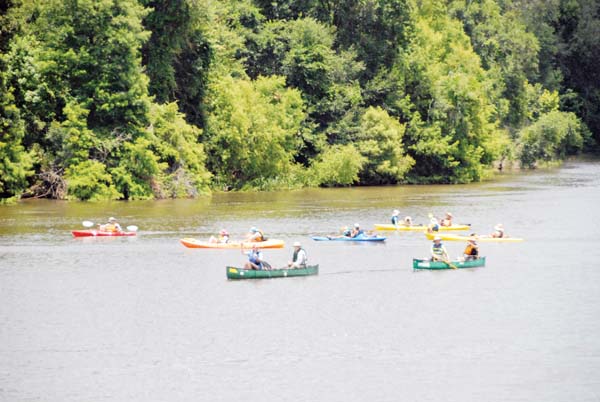 Approximately 350 people arrived at the Earle May Boat Basin, paddling their canoes and kayaks along a fairly fast current that led them to the end of a 106-mile journey down the Lower Flint River.

The paddlers, who were participants in the Georgia River Network’s ninth annual “Paddle Georgia” excursion, began the trip on June 15 at the Lake Blackshear Dam in Crisp County.

The paddlers, who had stayed Thursday night at Bainbridge High School, launched their boats off East River Road around 7:30 a.m. on Friday and began arriving at the Boat Basin shortly between 11 a.m. and noon.

Awaiting them was a large campsite along the river banks near the Chamber of Commerce Building that continued to grow as more people began arriving. A visitor to the Boat Basin would have seen people everywhere, loading up their kayaks onto vehicles, some setting up tents to stay in on Friday night, many just relaxing in the sun and enjoying lunch or a smoothie at an outdoor coffee shop.

Later on Friday, many of the trip participants were to participate in an awards show held under a large tent, watch a photo slideshow of their trip and enjoy a fish fry with cheese grits and other fixings.

The purpose of Paddle Georgia is two-fold: to raise funding for protecting Georgia’s rivers and keeping them clean, as well as providing recreational paddlers with entertaining education about the ecology of rivers, said April Ingle, executive director of the Georgia River Network.

The organization, which partners with the Georgia Water Coalition and other groups toward a common goal of protecting Georgia’s rivers, has raised about $180,000 over nine years through its Paddle Georgia program, said Joe Cook, coordinator of the program.

Cook, who is also the Coosa River Basin Riverkeeper, says the annual trips show “the ugly as well as the beautiful” when it comes to how human activity impacts rivers.

In addition to enjoying seeing a number of natural sites, including crystal blue springs along the Flint River, paddlers also participated in off-river educational programs. Those programs covered topics such as farming irrigation affects water aquifers, and how farmers in Decatur County and elsewhere are using more efficient systems that use less water, Cook said.

“I think the seven-day trip gives people a better understanding of how we use and abuse rivers, as well as how we can take care of them and restore them as well,” he said. “Part of the goal is just to get people out on the river and have them start a relationship with the river to where they better understand it.”

People came from all over Georgia, the southeastern United States, and even other countries, to take part in the seven-day trip.

Tim Brown of Loganville, Ga., said he enjoyed seeing the geology of the river, such as limestone formations along the river banks. He also recalled learning about how Great Flood of 1994 affected southwest Georgia, during a presentation at the Lake Blackshear Dam.

Brown’s friend, Chip Hunt of Logansville, Ga., talked about how much fun that people both young and old had on the Flint River trip.

“You had small children sitting in one of their parents’ canoes, just watching the water go by,” Hunt said. “There was even a group of children with special behavioral issues that paddled down the river with a counselor. They had a great time and had never done anything like this before.”

Dorner Carmichael of Macon, Ga., recalled how “nice and cold” the water was at Radium Springs, near Albany. She also liked seeing all the cypress trees’ “knees.”

David Garr, who was traveling along with Carmichael, said he was fascinated by all the old metal bridges over the Flint River, including the old train trestle near Cheney Griffin Park.

“We also got to hear speakers talk about all the animals that make the Flint River their home, such as mussels, fish, birds and butterflies,” Garr said.

Gurr said paddlers also got to see wild turkeys, cows, osprey and cranes on the trip. 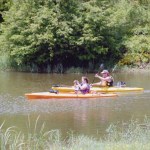 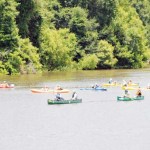 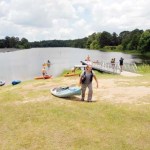 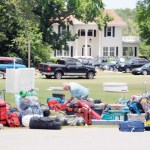