Student gets to be Officer for a Day 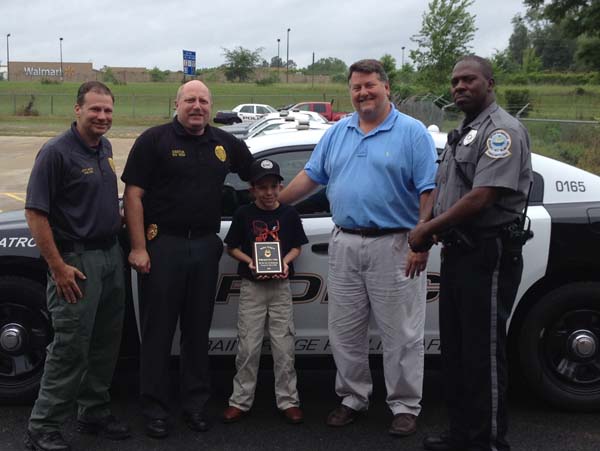 Bainbridge Public Safety held its second annual “Officer for a Day” program earlier this month. The program, which began last year under the direction of BPS Sgt. Marvin Knight, was created to allow special-needs children to spend a day as a Public Safety Officer.

“I like to call these special kids handi-capable,” said Knight. “I have a sister who is handi-capable, so this program is something that is close to my heart. I want to show kids that they can do whatever they put their mind to.”

This year’s Officer for a Day was 13-year-old Dallas Thigpen, a student at Bainbridge Middle School. After picking Thigpen up from BMS, the student and Knight began patrolling through different school zones. They then visited 911 workers and different city departments before returning to Public Safety Headquarters.

There, Thigpen was greeted by City Manager Chris Hobby, BPS Director Eric Miller and Deputy Director Frank Green. Thigpen was given a plaque certifying him as an Officer for the Day. After receiving his plaque, he had a brief meeting with shift Captain James Dollar before he and Knight were treated to lunch courtesy of Golden Corral. After lunch, they had fire training and fought fire before Thigpen returned to school. 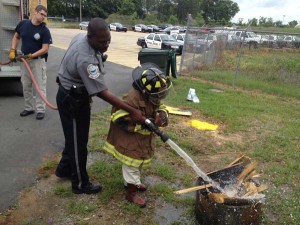 FIGHTING A FIRE: Dallas Thigpen, a Hutto Middle School student who recently took part in Bainbridge Public Safety’s “Officer for a Day” program, puts out a small training fire behind Public Safety headquarters with the help of Sgt. Marvin Knight.

Mother of 8 has overcome many challenges

BIG HAPPY FAMILY: Lora Akins and her husband Robert are surrounded by their eight children. Lora Akins has quite a... read more