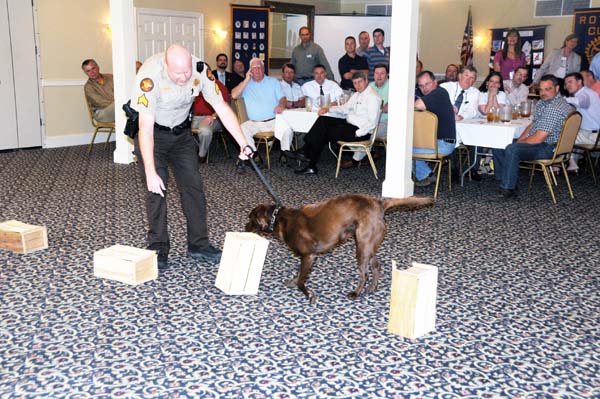 The Bainbridge Rotary Club had a special guest at Tuesday’s meeting — one of the newer members of the Decatur County Sheriff’s Office law enforcement staff. However, this particular crime fighter walks on all fours.

“Bella,” a 3-year-old chocolate Labrador Retriever, has been serving as the DCSO’s drug-sniffing dog for several months. Sgt. Jason Williams, of the DCSO, said it took about three months to train her to sniff out marijuana, narcotics and other illegal substances.

One of the reasons it took Bella a while to train is because she was rescued from a dog pound, and does not come from a line of drug-sniffing dogs, Williams said. Williams is Bella’s handler, and she lives at his home when she is not on duty.

Williams explained that one of the most common ways to train a drug-sniffing dog is to cover a tennis ball or dog toy with the illegal drugs. After some time, the dog will associate the smell of those drugs with a tennis ball and playing.

Williams offered a demonstration of Bella’s abilities, laying out four wooden crates — one of which contained a bag of illegal drugs. Bella sniffed at the first two crates and ignored them, before lingering on the third crate with her noise pointing, as Williams then showed the club members the drugs inside the box.

He explained that Labrador Retrievers are especially good drug dogs because they are gentle, and he can safely bring Bella on visits to schools to teach the children. Williams said that drug dogs usually work until they are 10 years old, so Bella has plenty of days left in her crime-fighting career.

Williams attended 80 hours of training in Whigham, Ga., to learn how to be a drug-dog handler, and he and Bella have to attend 40 hours of recertification each year.

“We started this program about eight years ago and the community has always been very supportive of it,” he said.

Griffin said that Bella is the DCSO’s only current drug-sniffing dog, but many other local law enforcement agencies have cooperative agreements with Decatur County. For example, the Apalachee Correctional Institution in Sneads, Fla., has a unit of bloodhounds that are often used to trail suspects on the run. Those bloodhounds were used Thursday, April 4, to help find a molestation suspect who had fled arrest in Bainbridge.

“It really is amazing what these crime-fighting dogs can do,” Griffin said. 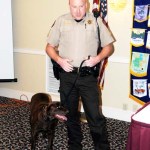 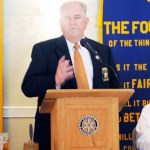 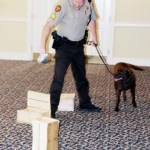 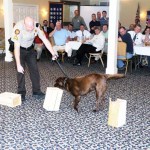 The First Baptist Church of Bainbridge broke ground Sunday evening on a brand-new youth activities building that will be built... read more