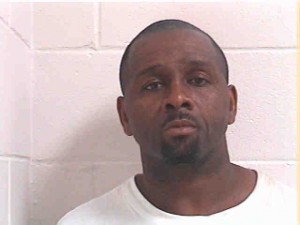 On Thursday morning, area law enforcement officers hunted down a 40-year-old Bainbridge man who fled from an officer trying to arrest him on a child molestation warrant, according to officials with the Decatur County Sheriff’s Office.

40-year-old Isiah Junior Perry, of 705 S. Monroe St. Apt-B, Bainbridge, was captured on one of the nature trails near the Earle May Boat Basin following a manhunt that lasted almost three hours.

Perry is charged with child molestation and incest; the reported victim is a girl under the age of 16, Chief Investigator Julian Crowder of the DCSO said Friday.

Sheriff’s Investigator Brian Donalson had taken a warrant for Perry’s arrest after a DNA test conducted by the Georgia Bureau of Investigation indicated that Perry was the father of a child that the victim had given birth to, Crowder said.

Donalson reportedly spotted Perry while driving around Bainbridge at around 9 a.m. Thursday, but when the deputy tried to make contact, Perry fled on foot. Apparently, Perry may have been picked up by a vehicle, because the search later moved to the wooded area along Cox Avenue on the back side of the Boat Basin.

A K-9 search team from the Apalachee Correctional Institute in Sneads, Fla., came to the scene. Between the search dog and GPS coordinates that BPS investigators obtained, the searchers closed in on Perry, who surrendered to officers shortly before noon Thursday.

City of Bainbridge employees helped put up barricades at the intersection of West College Street and Cox Avenue, to prevent citizens from going into the area.

Perry has previously served prison time for convictions on aggravated assault and theft by taking, according to the Georgia Department of Corrections.

Harvey Edward Stewart, 89, formerly of Attapulgus, passed away Thursday, April 4, 2013, at his residence in Cairo, Ga. The... read more