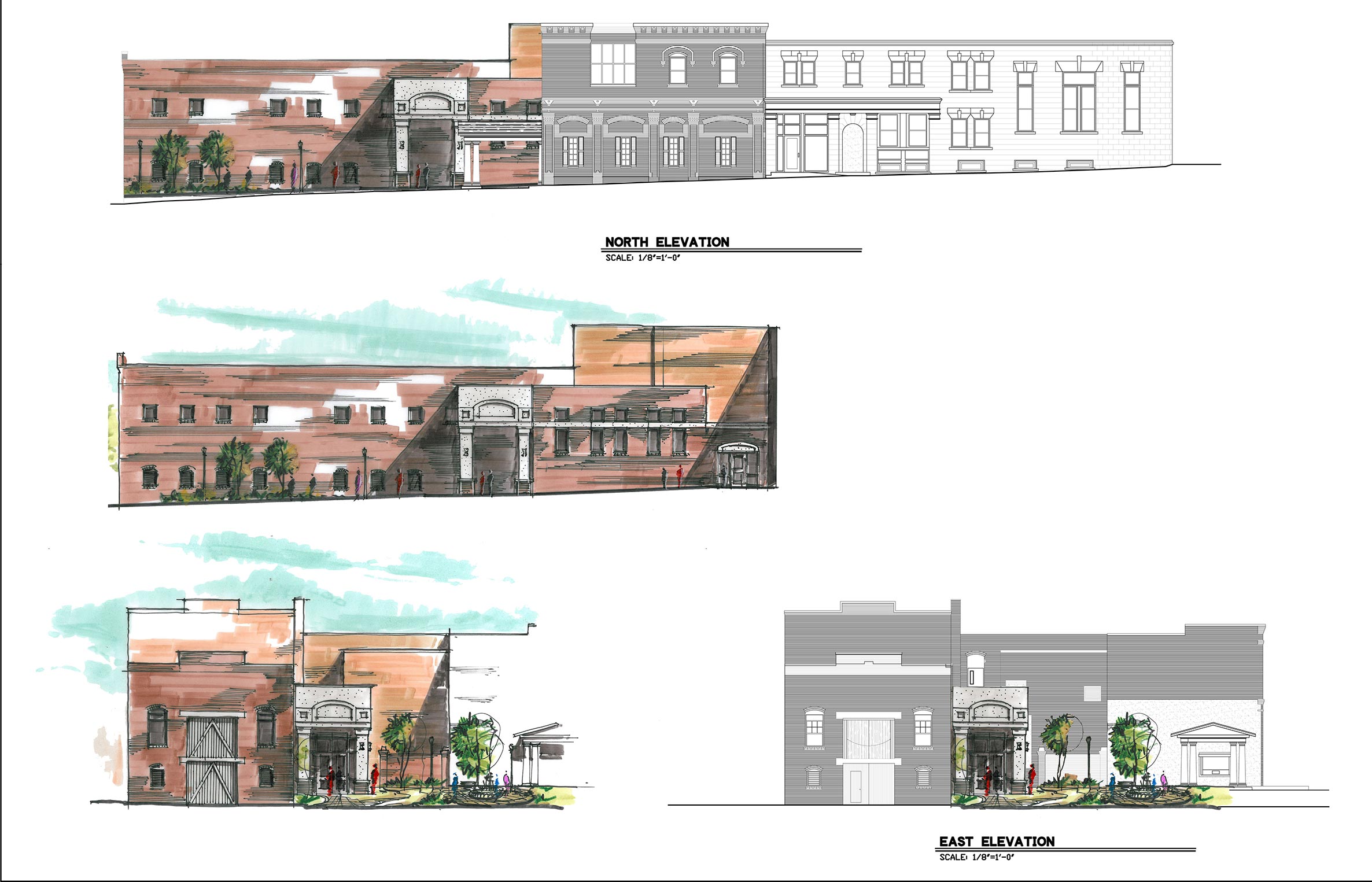 Bainbridge City Council members will soon get to tour the renovated City Hall building on Water Street, now that the project is within a few months of completion, City Manager Chris Hobby said.

Childress Construction of Tallahassee and PDC Construction of Bainbridge have been renovating three buildings that will comprise the new City Hall since March 26, 2012, almost one year ago.

The original anticipated completion date was July 29 of this year, but Hobby recently said progress is ahead of schedule.

Doug Young, president of PDC Construction, said he too believes work is going ahead of schedule.

The headquarters of the City of Bainbridge was formerly comprised of two buildings — the original marble building at the corner of Broughton and Broad streets, and an adjacent building to the north that houses the Community Development division offices. A third building, the dilapidated Kwilecki Building to the south, is being renovated and unified with the other two to provide more office and storage space.

Interior finishing, in which cabinetry and doors will be installed and a final coat of paint put on the walls, is expected to begin within the next two weeks, Young said. A wood storefront will be put on the front of the old Kwilecki building next week, he said.

Interior trim is mostly complete and ceramic tile will be put down soon. All hard ceilings are installed, the majority of the ceiling grid has been put in and the lobby ceiling is nearly finished.

All of the windows have put in, and a handicap ramp located at the rear of City Hall has been completed. The building now has permanent electric power.

A brick wall has been put up behind where City Council members will sit in their new meeting chamber. Installation of an elevator is nearing completion.

Other work that is slated to begin soon includes paving behind the rear of City Hall.

E-911 Director Tonya Griffin plans to file for an extension to the county’s deadline to complete a federally-mandated upgrade to... read more