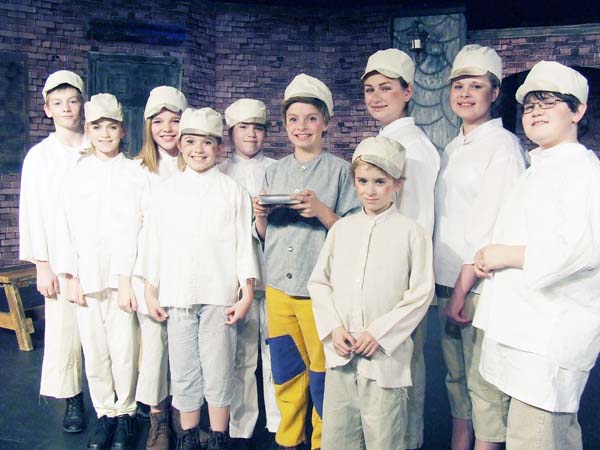 It is a feel-good show — where innocence and good triumph over evil — and even the evil is downplayed with comic relief.

For anyone unfamiliar with the story, it tells of a lonely, half-starved orphan boy who suffers from neglectful and abusive orphanage caretakers. He makes his escape, only to be taken in and taken advantage of by thieves and pickpockets.

Along the way theatergoers are introduced to a large cast of interesting characters. The story has a happy ending when Oliver is rescued by a wealthy man, and later discovers he is actually Oliver’s grandfather.

The first production of Oliver! opened in London in 1960, before appearing on Broadway in New York in 1963. The show has enjoyed many revivals and touring companies through the years and has become so popular that it is considered a classic.

The orphan boy in BLT’s production is actually portrayed by Dani Parker, who made her debut on the BLT stage in last year’s production of “Annie,” also playing a lovable orphan.

Other cast members are:

• Fagin, a conniving career criminal, who takes in homeless boys and teaches them to pick pockets for him is played by Arthur Hart of Tallahassee. Hart, a graduate of FSU, where he performed in many university musical productions, is one of the founding members of the Tallahassee Community Chorus, a regular singer in Episcopal church choirs, and excited to return to musical theater in the BLT version of Oliver.

• Nancy, (Jenna Chambless) takes a liking to Oliver and treats him like her own child, but is eventually murdered by her lover, Bill Sikes, for the steps she takes in behalf of him.

• Mr. Brownlow, Oliver’s grandfather, a kind man of wealth and breeding is played by Justin Schuver, who is double cast in the role of Mr. Sowerberry, the conniving funeral director.

• Bill Sikes, (Richard Whitehead), Nancy’s brutal and abusive lover, is a burglar and her eventual murderer.

• Mr. Bumble, (Andrew Cooksey) the pompous beadle (parish official) of the workhouse in which Oliver was born.

• The Artful Dodger, (Kyler Singletary), the cleverest of Fagin’s pickpockets, he introduces Fagin to Oliver.

• Mr. and Mrs. Sowerberry, (Justin Schuver and Marie Stapleton) the insensitive couple who take in Oliver and use him in their funeral business.

• Charlotte Sowerberry, (Grace Nettles) the rude but also flirtatious daughter of the Sowerberrys.

• Noah Claypole, (Austin Rowe), The Sowerberrys’ apprentice, who bullies Oliver about his mother and enjoys a flirtatious relationship with Charlotte.

• Dr. Grimwig, (Justin Harrison), foppish doctor and friend of Mr. Brownlow. He assesses Oliver’s condition at the beginning of Act II, deeming him fit to go outside.

• Charley Bates, (Edward Moorhead), one of Fagin’s pickpockets. He is Dodger’s sidekick.

Many of the songs will be familiar to those who have seen the stage play or the movie. Favorites are: “Food, Glorious Food,” sung by the boys of the orphanage who are fed only small rations of gruel; “Where is Love?” the plaintive song of a lonely Oliver, who has been harshly punished for merely asking for more to eat. “As Long as He Needs Me,” “Consider Yourself,” and “I’ll Do Anything” are other more recognizable melodies.

The show is under the direction of Thaddeus Nifong, assisted by Pamela Barnes, Martha Mobley and musical director Michael Inlow. 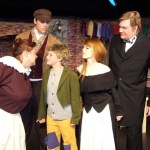 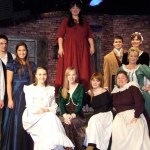 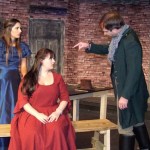 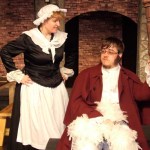 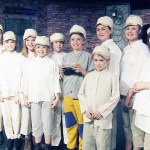