Burke will be sworn in as senator Monday 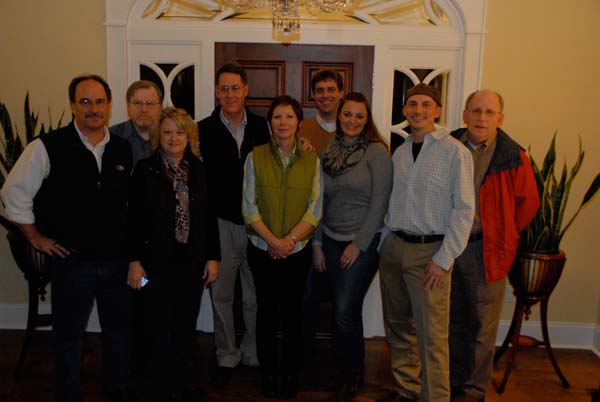 Dr. Dean Burke, the Bainbridge doctor who won election to the Georgia State Senate this past Tuesday, will travel to Atlanta on Monday to be sworn into office.

Peggy Richardson of the Decatur County Board of Elections and Voter Registration office said she expects the Georgia Secretary of State’s Election Division will certify the results of the special election runoff that was held for State Senate District 11. Richardson said Friday was the deadline for elections officials to submit any provisional ballots that would affect the unofficial results.

Burke said on Friday that he will travel to Atlanta this weekend and will tentatively be sworn into office at the State Capitol at 11 a.m. Monday. He will start participating in the state legislature right away — he has an agriculture committee meeting scheduled for 1 p.m. Monday.

The current legislative session began about three weeks ago. Burke, who will succeed Thomas County’s John Bulloch, who resigned from his seat in December, said he hopes to get up to speed quickly under the Capitol’s gold dome.

“I’ve been told the legislature has only passed two bills so far, so I think they’re just really geting started,” Burke said. “There’s a lot of information to digest, but everyone is being super helpful.”

Although he hasn’t delivered babies for several years, Burke has a obstetrician/gynecologist practice in Bainbridge with Dr. Don Robinson and Dr. Jason Moye. At a recent event, Burke said he has focused on providing primary wellness care to his patients in recent years, something he plans to continue even while in office.

“The other doctors will be covering for me while I’m gone, and I hope to set aside one day every week or so, when the legislative calendar has an open day, to attend to patients,” Burke said.

The last day of the 2013 regular legislative session will be on March 5, after which time Burke will return to his home and practice in Bainbridge.

Speaking to his supporters on Tuesday night, at the home of Bainbridge Mayor Edward Reynolds, Burke said he had been humbled by the support he had received since deciding to qualify for the unexpected Senate vacancy.

On Tuesday, that support was visible in Bainbridge as Burke’s friends and family members encouraged people to go vote. Burke’s son, Will, and daughter-in-law, Beth, twirled “Vote Today” signs seen by motorists on Shotwell and Scott streets.

Businesswoman and Bainbridge City Council member Glennie Bench, who was also out and about Tuesday in support of Burke’s campaign, told an interesting anecdote.

“I was out holding up a sign on the sidewalk and Dean rode by to check on how I was doing,” Bench said. “While we were talking, a woman pulled up and told Dean how he had delivered both her children. That made him feel really proud.”