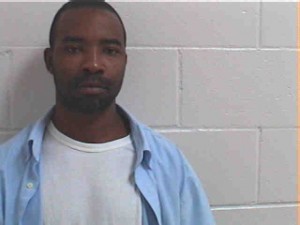 According to the Decatur County Sheriff’s Office, Smith was one of two armed, masked men who held up The Winery, also known as Roy’s Package Store, in Bainbridge on July 20, 2001.

When Bryan moved toward the register, one of the masked men fired one shot from his gun; the bullet struck Bryan in her abdomen, causing injuries that proved to be fatal. Both offenders then fled on foot without taking anything from the store.

Although law enforcement found the gun used to shoot Bryan in a field off the U.S. 27/84 bypass, her death remained a cold case for more than 10 years.

Willie Earl McGriff Jr. had been charged in connection with the April 2009 shooting death of James C. Christian near Fowlstown. McGriff had been in prison since May 2009.

By 2009, all of the leads in the case had been exhausted, but Christian’s death broke open the investigation into Bryan’s shooting, Sheriff Griffin said. 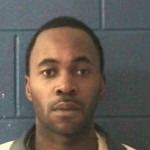 McGriff, who admitted to being the getaway driver in the liquor store robbery, said Smith shot Bryan because he thought she was about to set off a robbery alarm, the district attorney said.

D.A. Mulholland said authorities believed McGriff’s story because he provided details about the crime that only the robbers would have known.

Two other men who took part in the robbery, Terryl Akins and Danterrius Faison, also told Sheriff’s deputies that Smith was the shooter, Mulholland said. Smith’s best friend, who had been in contact with Smith during his time in a Florida prison, also agreed to cooperate with law enforcement. 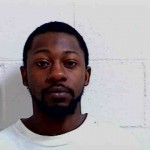 Smith, who was serving prison time in Florida for a carjacking and two armed robberies he committed in 2002, was indicted by a Decatur County grand jury in May 2012.

“Smith was nearing the end of his prison sentence in Florida when we learned of his involvement in Bryan’s shooting. That was one of the reasons we worked so hard to push this case forward and interview the other men involved in this case.” 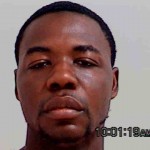 Decatur County officials asked for the assistance of Georgia Governor Nathan Deal to request Florida waive extradition for Smith, sending him back to the Decatur County Jail in September 2012. District Attorney Mulholland was set to try Smith for murder next week, but after talking with Sheriff Wiley Griffin and Capt. Chip Nix, the lead investigator on the case, the D.A. allowed Smith to “plea blind” on the lesser charge of voluntary manslaughter on Tuesday.

Judge Wallace Cato sentenced Smith to 20 years in prison. He will immediately go into the Georgia prison system. Mulholland said both he and Bryan’s family plan to write letters to a state parole board to request that Smith not be allowed to get out of prison early.

“[Smith’s sentencing] brings closure for the family and the community. I’m extremely proud of our local law enforcement and the job they did to bring this case to a resolution. This case was incredibly difficult to piece together.”

“Nothing is more rewarding than telling Bryan’s family that Smith is going to spend the next 18-20 years of his life behind bars. That’s what we do our job for. It’s also a big relief for law enforcement, who had wondered for so long if the case would ever be solved. We spent many, many hours building this case by locating the other men involved and talking to them to uncover the truth of what happened that night.”

McGriff is currently at a state prison in Nicholls, Ga., serving a 20-year sentence for voluntary manslaughter stemming from Christian’s death.

Faison and Akins are awaiting sentencing on the charge of criminal attempt to commit armed robbery. 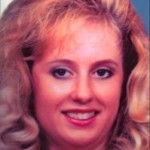 Among other family and friends, Bryan left behind her husband, Michael; a son, Aaron; a daughter, Ansley;  three sisters, Rosa Lee Newsome of Bainbridge, Debra Williams of Colquitt, Ga., and Teresa Jones of North Carolina; and two brothers Charles Newsome and Eddie Newsome, both of Bainbridge.

Bryan’s mother, Jeanette Newsome, survived her daughter but passed away in 2009, according to family.

Bryan’s children, Aaron and Ansley, were ages 10 and six when their mother passed away; they’re now 22 and 18, respectively.

“I think it’s good that they will have some closure now and know exactly what happened that night,” their aunt, Rosa Lee Newsome, said Tuesday outside the Decatur County Courthouse.

“[Wendy’s passing] has affected our family a lot,” Newsome said. “It devastated our mom; all of us were in shock.”

In 2012, Bryan’s sister, Rosa Lee Newsome, said Wendy was well-known in the community because of her positive nature.

“She was very giving and outgoing; she loved her children and enjoyed the outdoors,” Newsome said.

Bryan was a graduate of Bainbridge High School and took classes at Bainbridge College, her sister said.