Two die in accident on U.S. 27 South on Saturday 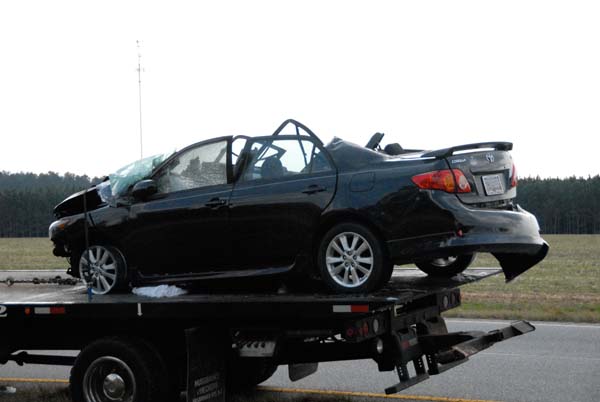 Two people were killed in a wreck on U.S. 27 South on the afternoon of Saturday, Jan. 26, according to the Georgia State Patrol and the Decatur County Sheriff’s Office.

The accident happened at approximately 12:45 p.m. on U.S. 27 South, at its intersection with Woodhull Road and Edwards Road.

A black Toyota Corolla S was headed west on Woodhull Road and had stopped at a stop sign, Senior Trooper Charles Hall said. However, the driver of the Corolla failed to yield to oncoming traffic and pulled out onto U.S. 27, where it collided with a gasoline tanker truck headed south on the highway, Trooper Hall said.

The car struck the tanker truck behind its front wheels and became lodged underneath the truck’s trailer. The truck drug the car a little more than 100 yards south of the point of impact, before the truck’s driver was able to stop, Hall said. 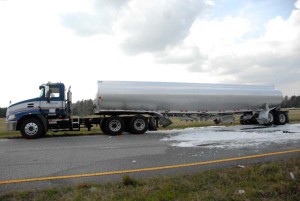 Both occupants of the Corolla were Hispanic females, although their age and identity were not immediately available.

The Corolla’s passenger was taken by ambulance to Memorial Hospital, where she later died.

The car’s driver was taken by an emergency medical helicopter to Tallahassee Memorial Hospital, where she passed away approximately an hour after the accident, according to Captain Nick Godwin of the Sheriff’s Office.

In addition to EMS personnel, Decatur County Fire and Rescue and the Attapulgus Volunteer Fire Department responded to the scene. Firefighters sprayed water on the underside of the truck to prevent any sparks that could cause an explosion, Trooper Hall said.

The tanker truck was registered to Kenan Transport of Chapel Hill, N.C., a major national transport company. The truck driver was not injured.