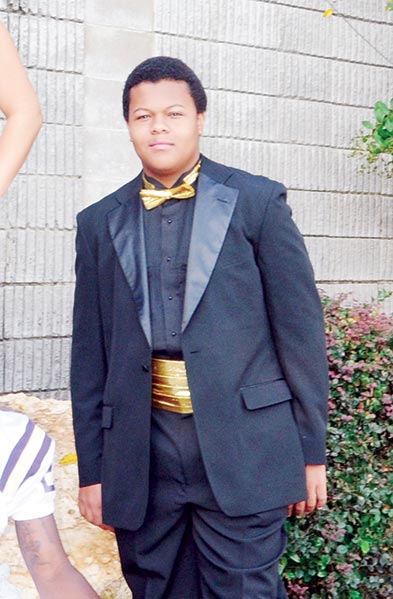 Devin Thompson, a junior at Bainbridge High School, has been nominated to represent Georgia as a national youth correspondent, to the 2013 Washington Journalism and Media Conference at George Mason University, in Fairfax, Va.

Thompson has been awarded the opportunity to join a select group of 250 students from across the country to participate in an intensive week-long study of journalism and media. Thompson was chosen based on academic accomplishments and a demonstrated interest in journalism and media studies.

“I really appreciate the faculty and staff at Bainbridge High School, along with principal Tommie Howell, for nominating me, and allowing me to take advantage of this exciting opportunity,” Thompson said.

Thompson serves as the public-address announcer at Bainbridge High School basketball games, and said he hopes to parlay his vocal talents into the broadcasting field.

“I’m hoping this conference might be a first step to start a career in journalism,” he said. “I’d love to be the next anchor on CBS or CNN.”

National youth correspondents at the conference will participate in hands-on, experimental learning through decision-making simulations that challenge them to solve problems and explore the creative, practical and ethical tensions that are inherent in journalism and media. Presenters include prominent journalists, CEOs of major media companies, and other well known figures in the journalism field. Some of last year’s presenters included Hoda Kotb of The Today Show, Chuck Todd of NBC News, and Brian Lamb, the CEO of C-SPAN.

“It’s really exciting to get the chance to participate in such a prestigious conference like this,” Thompson said.

Thompson said he would love to pursue a career in either journalism or law, after his graduation from BHS and college.

The Washington Journalism and Media Conference will be held from July 7 through July 12. For more information, visit online at wjmc.gmu.edu.

Thompson is the son of Shelita Thompson-Close of Bainbridge.