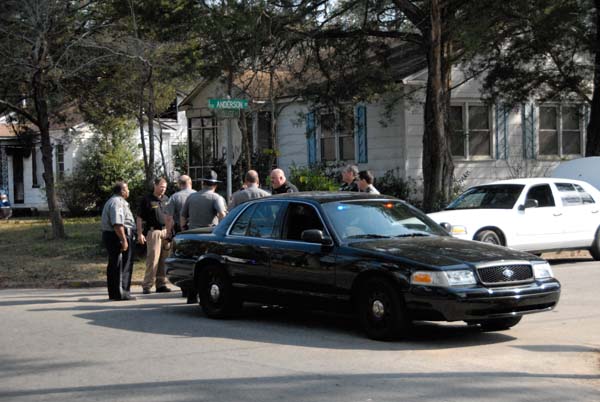 Bainbridge Public Safety officers and Decatur County Sheriff's deputies gather up to discuss how to search for two teenagers who were wanted for a Thursday afternoon home invasion burglary. The two suspects were captured later on Thursday.

Because the intruders were possibly armed, Bainbridge Public Safety put nearby Potter Street Elementary School on a Level 1 Lockdown. BPS officials began receiving information from witnesses in the area that the suspects were running south and possibly east across College Street in the Anderson Street area. At that time, officials also placed Elcan-King Elementary on a Level 1 Lockdown. 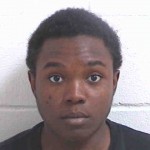 James Christopher Harrell, 17, of 505 Hall Street, Apt. B, Bainbridge, was charged by BPS with burglary on Jan. 25.

BPS continued to search the area, processing leads. After an hour and a half of continuous searching, they located evidence on Japonica St. that the suspects had been in the area. That evidence led them to 901 Anderson Street where they located 17 year old James Christopher Harrell hiding in an out building. There, they also recovered a majority of the stolen property.

Upon further investigation, BPS discovered that two residences had been broken into in the apartment complex on West St. Harrell is being charged with two counts of burglary. 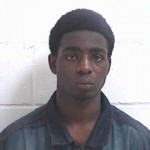 Javorris Raheem Rogers, 17, of 111 Rand Floyd Road, Bainbridge, was charged by BPS with burglary on Thursday in connection with a break-in on S. West Street.

The Bainbridge College Foundation has begun a capital fundraising campaign that will allow donors to permanently name a seat in... read more