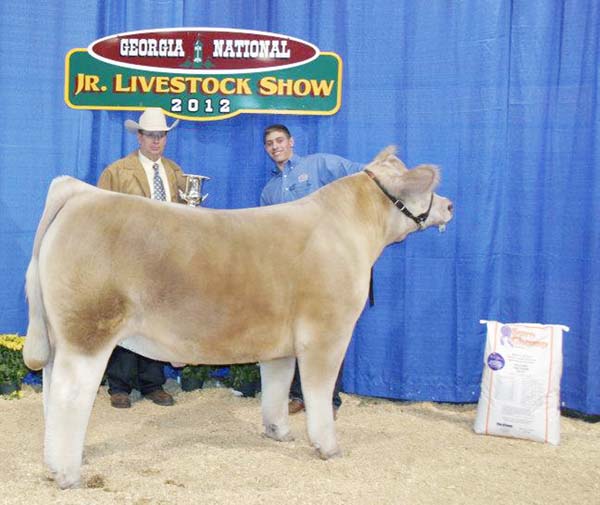 Decatur County 4-Her Bo Bailey will be representing the state of Georgia, as he exhibits his steer in the National Western Stock Show in Denver, Colo., on Jan. 22-25.

The National Western Stock Show is one of the world’s largest cattle shows, and hosts nearly 20 breeds of cattle during its 16-day run. Each year, hundreds of youth exhibitors from across the country unite in Denver with their livestock in tow.

In addition to spending thousands of hours over a period of months feeding, grooming and preparing their animals to compete in one of the largest youth exhibitions in the nation, many of these youths, between the ages of 9 and 18, attend school, participate in 4-H and Future Farmers of America chapters, and compete in a number of other extracurricular activities.

Bailey’s animal was named the grand champion steer at the Georgia Junior National Livestock Show in February 2012. Bailey, an 11th grader at Robert F. Munroe Day School, in Quincy, Fla., is a master 4-H’er, and a member of the varsity football team, basketball team and baseball team. He is the son of Dr. and Mrs. Cliff Bailey.

Youth involvement is one of the highlights of the livestock shows. Young exhibitors from across the nation participate in the competitive arenas for prize monies, trailers, national recognition for their achievements, and college scholarships.

Ninety of the best animals qualify for the Auction of Junior Livestock Champions. The National Western Stock Show hosts junior market livestock competitions for beef, lambs, swine and goats in the market-ready classifications. There are also competitions for breeding heifers and ewe lambs.

The following arrests and citations, a list of those occurring between Jan. 18 and Jan. 21, have been reported by... read more