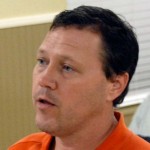 Members of the Bainbridge City Council seemed OK with the idea of allowing a group home within the city’s historic district, but ultimately chose to defer action until a later date.

Local businessman Tom Mills had applied for the city’s permission to use a home at 109 N. Monroe St. to provide a “permanent, stable residence” for people who are developmentally disabled.

However, a few nearby residents opposed the request, stating their belief that allowing a group home could negatively affect the character of the city’s historic district.

The Bainbridge Planning Commission had voted unanimously to recommend that the City Council deny Mills’ request.

Led by comments from council members Luther Conyers and Roslyn Palmer, the council voted unanimously to “defer action” on Mills’ request, with the intent of changing the city’s zoning ordinance to “come in line with state and federal guidelines.” 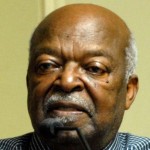 City Manager Chris Hobby said the Board of City Commissioners in Albany, Ga., is actively working on revising its zoning ordinance to address the definition of “community living arrangements,” a term used by the state government to refer to group homes like the one Mills sought permission for.

Mills said he was only requesting permission to house four residents at 109 N. Monroe St.

Hobby said it was his understanding that Mills’ request did not fall under the definition of a personal care home — which offers medical care to residents. He also said it did not exactly match Bainbridge’s current definition of a group home, which entails a minimum residency of seven persons.

In addition, the concept of “community living arrangements” serving developmentally disabled persons is one that the state government has only recently addressed, Hobby said. The city manager alluded to the U.S. Department of Justice suing the State of Georgia to force it to stop keeping those disabled persons in state-run “institutions” and instead transition them to more traditional living situations.

Mills said his goal was to provide developmentally-disabled people with the support and services they needed so that they would not have to live in a nursing home. 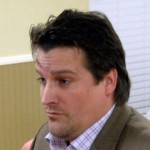 However, local attorney Ryan Cleveland, who resides in the historic district, said he did not believe Mills had shown “a clear need” for that specific type of a group home and questioned whether Mills could alternatively place a group home elsewhere just as easily. 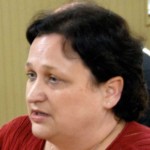 But Mills and his supporters, like his fiance Erin Whiddon, who also spoke Tuesday night, said that the residents opposed to the group home were trying to stereotype and discriminate against developmentally-disabled persons. 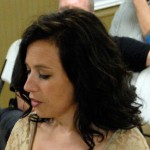