Three men were arrested after they allegedly robbed two men at gunpoint and later led police on a high-speed chase, according to a Bainbridge Public Safety incident report.

The incident happened late Friday night at a residence at 1751 S. Hall Street, near its intersection with Love Street.

One of the victims reported he was standing in the backyard of the residence when two black males, dressed in all black, ski masks and wielding handguns ran up to him and demanded his keys and cell phone. The victim stated he was forced to knock on the door of the residence so that the robbers could enter the home, at which point they asked for money. Shortly after, one of the robbers fired a gun, sending the victims scattering.

A witness, who was down the street at another residence, said he heard a loud boom and when he went to investigate, saw multiple people running away from the home.

One of the victims described the robbers getting away in a silver Cadillac, which was later pursued by Georgia State Patrol troopers and Bainbridge Public Safety officers. During the chase, the suspects allegedly fired multiple rounds in the direction of the pursuing officers’ vehicles, according to the BPS report.

The chase ended on Harrell Road in Grady County after two of the three suspects bailed out of the Cadillac and ran into the woods. The driver was immediately taken into custody and one passenger was arrested following a search of the woods. A third suspect was arrested later on Saturday.

Officers recovered two handguns after the chase had ended.

The three suspects were identified as:

• Rufus Van Chatman, 41, of Miami, Fla., who is charged by BPS with robbery, possession of a firearm by a convicted felon and burglary. He was the third suspect arrested on Saturday.

• Troy Jermaine Jackson, 39, of Camilla, Ga., who is charged by BPS with burglary, robbery and two counts of unlawful possession of firearms.

• Maurice Williams, 34, of Camilla, Ga., who is charged by BPS with robbery, burglary and one count of unlawful possession of firearms. 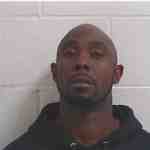 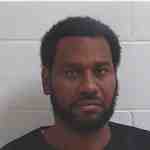 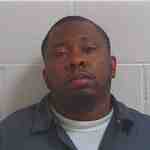 Dorian Goss is wanted as a suspect in the Oct. 28, 2012 stabbing death of Ervin Flanders Jr. Flanders was... read more