Last minute shopping can be fun

If the traffic on the streets and the shoppers in the Bainbridge stores on Friday are any indication, then the local retailers will have a good Christmas season to report.

Stores were full of last-minute shoppers trying to finish up their Christmas shopping, and most were looking quite pleased with their selections.

Reeve’s Linens and Gifts on the Square was packed with people looking for that perfect, one-of-a-kind gift. 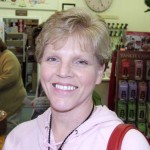 Vanisa Peterson, from Colquitt, Ga., was found studying a product called Magnabilities. It is jewelry that incorporates magnatized stones, so that they are interchangeable. She was attempting to buy new stones for a pair of earrings she had been given, so they would match a necklace she already had.

A.J. Clark was also shopping at Reeves, looking for Christmas gifts for her daughter, Mary Jo Boutwell. She showed a card of items her daughter had indicated she would like. She said her daughter keeps a running wish list at Reeve’s, so it is hard to go wrong. She was also seeking items to give in gift exchanges. She was of the opinion that if you can’t find what you want in Reeve’s, it probably doesn’t exist. 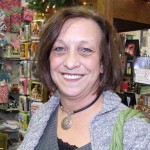 Southern Trading was also a busy place on Friday. Will Owen was there with his 3-year-old daughter, Sydney. They were looking for a gift for Sydney to give her mother, Lindsey.

“I don’t have a clue what to get,” he said. But, he was later seen happily exiting the store with a beautiful gift bag in his hand. 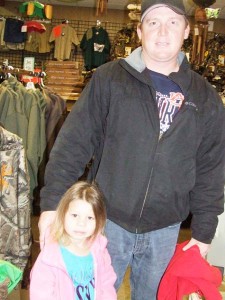 Will Owen was there with his 3-year-old daughter, Sydney

Two more shoppers at Southern Trading were Ladson Simmons and her friend Collin Thomas. The two are students on break from college and visiting in Bainbridge. Thomas, from Atlanta, said he was puzzling over a gift for his father who loves to fish.

“The trouble is he has most everything there is, and if he doesn’t, he goes out and gets it himself,” he said.

He had just about decided to give him a new pocket knife.

Belk Department Store was also very busy in all departments, as shoppers filled their buggies with gifts. 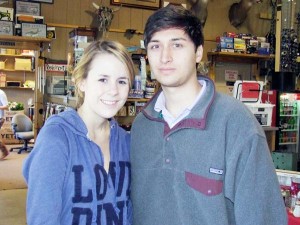