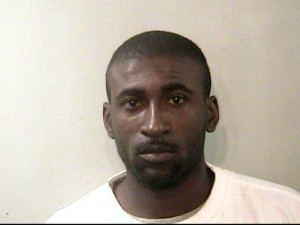 A second suspect has been arrested in connection with the armed robbery at Bishop’s Travel Center, according to the Decatur County Sheriff’s Office.

According to Capt. Chip Nix of the DCSO, Deputy U.S. Marshals in Tallahassee, Fla., captured Ricky Tyrone Williams, 32, of Quincy, Fla., in Tallahassee at approximately midnight on Tuesday, Dec. 11.

Williams, who is charged with armed robbery, is accused of being one of two men who robbed Bishop’s on the afternoon of Nov. 26.

The other suspect — Karonn L. Skinner, 37, of Tallahassee — was arrested by Deputy U.S. Marshals in Tallahassee on Nov. 30.

Decatur County Sheriff Wiley Griffin said deputies believe Skinner was the suspect seen in Bishop’s surveillance video wearing a jacket and he is accused of wielding a firearm during the robbery.

Griffin said that sheriff’s investigators and Florida law enforcement officials worked closely together from the time the robbery happened to identify and locate the two suspects. Griffin said information received from tipsters, who saw images from the surveillance video taken during the robbery, ultimately led to Skinner’s and Williams’ arrests.

The shootout happened just before 2 a.m. on Tuesday, Dec. 4, at 700 E. Planter St. in Bainbridge, according to a BPS incident report.

According to witnesses, Royal — whom they knew only as “Arthur” — knocked at a back window and asked to see “Cornbread.” When a female resident—who recognized Royal from a previous, similar incident — replied that “Cornbread” was not there, Royal began kicking at the back door.

The boyfriend of one of the home’s residents picked up his gun and went out onto the back porch. Moments later, someone began firing at the home from the cover of bushes, at which point the boyfriend fired back in self-defense.

No one was injured in the shootout. BPS Investigator Ryan Deen responded to the scene, collected some shell casings and conducted an investigation that led to the arrests of McFadden and Royal.

McFadden and Royal were previously arrested on the afternoon of Friday, Nov. 30, when their car was stopped by a Georgia State Trooper on Old Whigham Dairy Road.