On Sunday, at 12:54 a.m., several Bainbridge Public Safety officers and Decatur County Sheriff’s deputies were holding a road safety checkpoint at the intersection of South Scott Street and Green Street in Bainbridge.

A 2007 Chevrolet Colbalt approached the checkpoint, and officers signalled for the driver to stop but he continued past them, according to a BPS incident report.

The vehicle sped up and continued north on Scott Street as several officers pursued it in their patrol cars, with sirens and flashing lights activated. The car turned onto Evans Street and finally stopped at the intersection of Evans and Russ Streets. The driver, later identified as Derrick Terrell Smart, 28, 1111 Back Street, Bainbridge, fled on foot, while the passenger, Jeffery Mac McClain, 29, of 314 Independent St., Bainbridge, remained seated in the car. 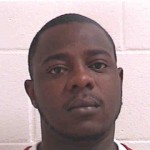 McClain was taken into custody while officers continued their search for Smart on foot.

BPS Captain James Dollar was searching behind a residence at 828 Sharpe St. when he encountered Derrick Smart squatted down in a dark, unlit area with his hands obscured from view. Dollar noted Smart was wearing the same clothes which officers had seen the driver of the Cobalt wearing when he drove through the checkpoint.

Dollar, who had his Taser X-26 electronic weapon in his hand, repeatedly ordered Smart to show his hands and get on his stomach on the ground.

Smart did not comply, and because his hands could not be seen, Dollar deployed the Taser, causing Smart to fall to the ground and onto his side. 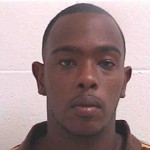 Smart, the driver, was charged with driving while license/suspended revoked, obstruction of an officer and possession of marijuana with intent to distribute.

McClain, the passenger, was charged with possession of marijuana with intent to distribute.

Kelly ended up arresting the vehicle’s driver, Ronnie Denardo McFadden, 37, of 730 E. Broughton St., Bainbridge, on suspicion of driving under the influence of drugs. 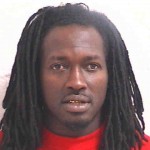 A back seat passenger, Travis Sentele Hallmon, 32, 401 E. Louise St., Bainbridge, was asked to step out of the vehicle, according to a DCSO incident report. When Hallmon did so, Bedwell smelled what he believed to be a strong odor of marijuana emnating from the car. 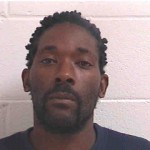 The state trooper asked Royal if he had any more marijuana on him, when Hallmon — who was out of the vehicle but not in police custody — stated there was more marijuana underneath the front passenger seat.

Looking under the seat, Bedwell located a gallon-sized plastic bag wrapped up in a white T-shirt; the bag contained a large amount of suspected marijuana.

Hallmon was arrested and charged with possession of marijuana with intent to distribtute. 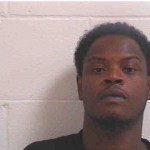 Later, at the Decatur County Jail, a jail officer performing a routine pat-down of Hallmon during the booking process found $1,150 in cash on Hallmon’s person.

On Friday, Nov. 30, at 8:33 a.m., Bainbridge Public Safety Officer Terry Pait observed a green Chevrolet Silverado traveling east on East College Street, with what appeared to be window tinting that was darker than what Georgia law allows for, according to a BPS incident report.

Pait pulled the vehicle over, and upon making contact with the driver, Stephen Jarrod Davis, 32, of 623 Bruton St., Bainbridge, the officer immediately noticed the odor of marijuana. 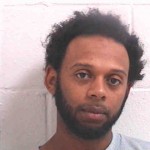 Furthermore, Davis’ license was suspended, there was no insurance on the vehicle and its registration was suspended.

Davis was asked to exit the SUV while Pait and Officer Tim McCain searched the vehicle. Inside, the officers found a plastic baggie containing marijuana, as well as a .45-caliber semi-automatic pistol that had previously been reported as stolen in Jasper, Ga.

On Nov. 28, BPS Sgt. Ray Cox responded to the area of Sims Street Apartments on Sout Sims Street, in reference to a report of someone shooting a paintball gun, according to a BPS incident report.

Upon arrival, Cox observed a large group of boys standing beside an apartment complex. The boys fled upon Cox’s arrival.

Cox observed paint marks on the community mailboxes beside the building and saw numerous busted paintballs scattered around the area.

Upon further investigation, Cox observed a green Honda Accord parked in front of the building. Cox noted that it matched the description of a car involved in a similar incident the previous night on Martin Street, in which a house and car had been shot by paintball pellets.

Inside the car’s passenger seat was Justin Jamaal Faulk, 17, of 630 Fleming St., who reportedly refused to answer the officer’s questions. Because Cox smelled an odor he believed to be burnt marijuana, the vehicle was searched. Marijuana was found underneath the seat Faulk had been in, as well as a set of digital scales and a box of ziplock bags.

Faulk was charged with possession of marijuana (less than an ounce), possession of drug-related objects, disorderly conduct and interfering with the duties of an officer.

Special to The Post-Searchlight What if there were a way to create a modern Christmas tradition for your entire family... read more