Recently, my whining was put to the test and found wanting. After turning down several opportunities to visit the Shepherd Center in Atlanta, I finally agreed to go but not because I wanted to. The Woman Who Shares My Name said I had to because she was going and I was going with her. That precipitated a major league whine which she ignored, as usual.

In case you are not familiar with the Shepherd Center, it is a private, not-for-profit hospital specializing in the treatment, research and rehabilitation for people with spinal cord injury or brain injury.

The center was started in 1975 by Harold and Alena Shepherd, who were frustrated by the lack of rehabilitation facilities in the Southeast after their son, James, had been paralyzed from the neck down in a bodysurfing accident. The rest, as they say, is history.

Today, the Shepherd Center is a 132-bed facility, including a 10-bed intensive care unit and more than 1,400 employees. The Center admitted more than 900 patients to its inpatient facilities last year and some 7,000 to its day patient and outpatient programs. U.S. News and World Report ranks it one of the 10 best rehabilitation hospitals in the country.

I knew most of this before I went but I figured seeing people who have suffered serious spinal or brain injuries would be too depressing. Color me dumb as a rock. Never have I been more impressed by people — patients and staff — who meet life-changing situations with such courage and spunk. This place is special.

In the Adolescent Center, where a number of young people were in rehabilitation for everything from automobile accidents to diving mishaps, one patient had written on the wall, “Don’t get mad. It doesn’t help.” That sums up the Shepherd Center. Instead of people feeling sorry for themselves, they are learning to walk, talk, write, drive a car, play golf, bowl, ski — you name it. There isn’t time to be mad. You are too busy getting ready to return to society as a productive citizen.

In the Center’s Assistive Technology department, Kevin Grogg, a Georgia Tech grad, helps people communicate, whatever their disability. This amazing man can jury-rig miscellaneous parts and pieces, that you and I might toss in the trash, into sophisticated communications devices. He is a miracle worker.

One young woman came to Shepherd paralyzed and unable to move any part of her body but her eyes. Through the help of Grogg and his colleagues, she was taught to use her eye as a clicking device on a computer as we would use a mouse. She returned to college, graduated with honors and is now working on her graduate degree.

There is a misconception that the Shepherd Center serves only Atlanta-area patients. In fact, last year the Center admitted patients from 155 of Georgia’s 159 counties. It also has received patients from every state in the union, as well as 54 countries. The Center relies on donors to fund services not covered by insurance or the government so that those services can be made available to widest number of people.

One of the Center’s major initiatives is the SHARE program, which offers rehabilitation services to our military personnel for a myriad of post-injury issues, ranging from speech problems to memory loss to depression. In the past three years, 60 percent of those treated have either returned to active duty or their return is pending. Bernie Marcus, co-founder of the Home Depot, who helped spearhead the SHARE program, says, “These kids are out there putting their lives on the line for us. How can we not help them? This is America.” And that, my friends, is why Bernie Marcus is a Great American.

I don’t have space enough to tell you all the magnificent things I witnessed on my trip to the Shepherd Center. I am chagrined for having not gone before now. They would welcome your visit and I would encourage you or your organization to go see the place for yourself. Just one word of warning: You will be so blown away by the good works and uplifting spirit of the Shepherd Center that you might never whine again. 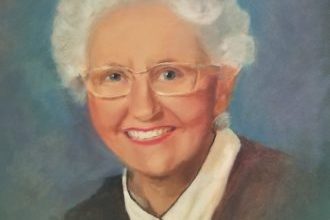