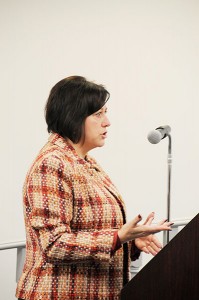 The Decatur County Board of Commissioners approved several changes to its Department of Human Resources “Standards of Practice” on Tuesday, but voted to delay approving a revised roads policy.

At their Sept. 27 meeting, the board discussed a proposed five-page policy, which would define exactly when and why the county would do any work on privately-owned property. The policy specifically addressed the often-controversial program where county workers have previously removed concrete from private property, and that concrete is then crushed and used on county-maintained roads. Proponents of the program say it saves the county money, while opponents say it provides a taxpayer-funded benefit to the private landowner.

However, at Tuesday’s meeting, commissioners were presented with a revised version of the policy that was 25 pages and several administrative forms. Board Vice Chairman C.T. Stafford said the policy was a near carbon-copy of similar language that was already present in the county’s much-larger Planning and Zoning policy.

However, Board Chairman David C. “Butch” Mosely said he thought the board was only going to vote on the original five-page document discussed at the Sept. 27 meeting. 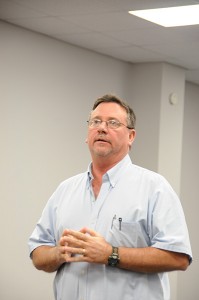 “I thought the original content was just dealing with the work on private property issue,” he said.

Stafford and Commissioner Dr. Earl Perry both stated that there was some minor language that needed to be amended in the roads policy, and Mosely recommended that the issue be tabled for a later meeting.

“I think what we’re seeing is good, but it needs some additional refining,” Perry said.

The board voted unanimously to table approving the policy.

Earlier in the meeting, the board approved several minor changes to the existing Department of Human Resources Standards of Practice. HR Director Marjorie Mayfield detailed the changes, which are effective Jan. 1, 2012:

• Employees qualifying for Family Medical Leave Act leave for the care of a family member may also now take up to a maximum of 80 hours of paid sick-leave during the approved FMLA leave. Exceptions for additional paid sick leave for a family member must be approved through the County Administrator.

• An anti-fraud policy was added, along with consequences for employees who break the policy. Some of the definitions of fraud include, but are not limited to, falsifying of records, forgery or alteration of a check, forgery of a timecard, bribery and false claims of injury at work.

• One change was also made to the county’s medical and dental plan. Under this change, employees who participate in the plan will be allowed out-patient diagnostic laboratory and X-ray services payable at 100 percent for the first $500, for both in- and out-of-network care providers. Previously, employees were only covered if diagnostic tests were done at their local physician, and not necessarily if they were done at out-of-town care sites.