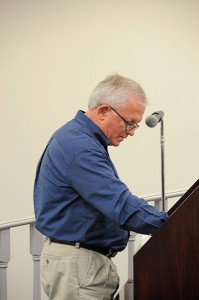 The Decatur County Board of Commissioners approved Tuesday to spend a little more than $70,000 on a new fueling system, in hopes that better monitoring of fuel usage will save the county money in the long run.

At its regular meeting, the board unanimously approved spending $70,879 with MST Construction, Inc., of Havana, Fla., to install the system at the public works department and the landfill.

County Finance Director Carl Rowland said the purchase was necessary because the county’s existing fueling system is antiquated and unreliable.

“We’re getting inaccurate data,” he said. “It’s probably about 30 years old. Our fuel costs always seem too high, and we think that inaccurate recording plays a part.”

Rowland explained that the new system will not simply dispense fuel for the county’s vehicles, but it will also more accurately record usage. The data will be stored on a website that can be accessed by any administrator with the proper password. 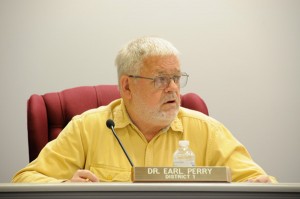 “It will show exactly when a vehicle was fueled up, and how much was used,” he said. “It’s a tremendous amount of accountability that we have not had before.”

The website and software is maintained by Fuel Master, a product of Syn-Tech Systems, Inc., of Tallahassee, Fla.

Rowland said that he recommended the county take the bid from MST Construction, even though Southern Petroleum Systems (SPS) of Dothan, Ala., made a lower bid of $70,532.30. However, the SPS system uses a database that could only be accessed by a single computer, unlike MST’s Fuel Master system that is Internet-based and can be accessed from any computer with a web browser.

Rowland said the need for a new fueling system has been discussed for “three to five months,” and $50,000 was budgeted for the purpose. Although he said the cost was higher than projected, he felt that the county will save money in the long run.

Commissioner Dr. Earl Perry, who serves on the finance committee, concurred with the need for a new fueling system.

“I can speak to the fact that in the nine years I’ve been on the board, this has been a recurring matter,” he said. “The monitoring system has been extremely poor. There have been several times where we have seen huge amounts of fuel dispensed into vehicles, and it was apparent there was no need for so much fuel to have been dispensed.”

Commissioner Oliver Sellers asked Rowland if a microchip-based system could be implemented, to where only county vehicles could use the fueling system and any other vehicle — or a container like a gasoline canister — would be locked out. Rowland said it would cost an additional $50,000 for such technology, but that video cameras would be used at the fueling stations for security.

“We feel that should prevent any possible abuse,” he said.

Perry made a motion to approve the purchase, and Commissioner Frank Loeffler provided the second, before the unanimous vote.