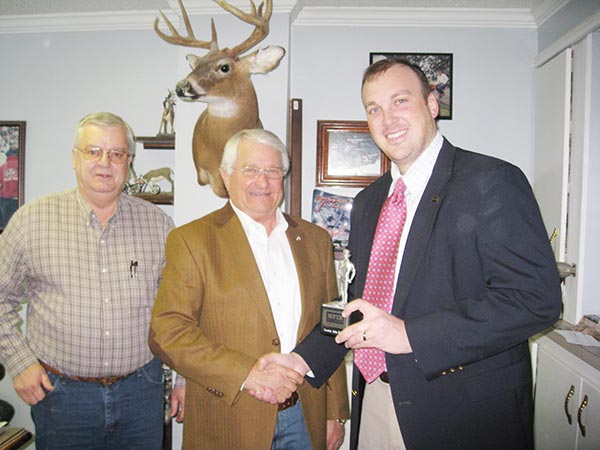 Bulloch represents the 11th Senate District, which is comprised of Colquitt, Decatur, Early, Grady, Miller, and Seminole counties and parts of Mitchell and Thomas counties. The award was presented Dec. 8 in a ceremony at Pelham Variety Works and Construction by NFIB/Georgia State Director Kyle Jackson and business owner DeWayne Umphries, a 25-year member of NFIB, the state’s largest small-business association.

The Guardian of Small Business award is the greatest honor that NFIB bestows on legislators in recognition of their efforts to support small business issues. NFIB/Georgia’s Leadership Council voted to present the award to Bulloch because of his work in this year’s legislative session.

“John Bulloch has been a tireless advocate for small business,” Jackson said.

“Small business is fortunate to have a friend like John Bulloch in the General Assembly,” Jackson said. “It’s an honor for NFIB to recognize his efforts by presenting him with our Guardian of Small Business award.”