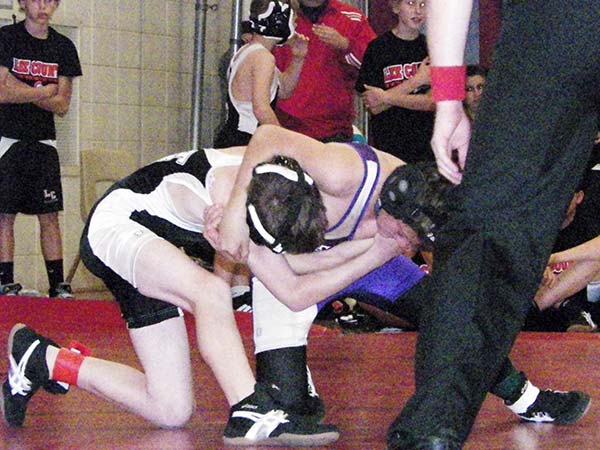 Coach Chad Smith said he was pleased with the team’s efforts in both matches.

“In the first match against the defending [Southwest Georgia Middle School League] champion Lee County Trojans, we started slow, losing the first five matches. But then we picked up the pace and kept it close going into the last few matches,” Smith said. “We lost by just 12 points.

“In the second match against the Crisp County Cougars, we had more intensity and were eager to win. We won nine of 13 matches and won by 24 points.”

“I was very proud of our middle school wrestlers in Lee County,” Smith said. “With only two weeks of practice, they did very well. I look forward to the improvements as we move along.”