Jackson led the way with 18 points and Wade followed with 13.

Cochran takes over the Lady Cats basketball program this season, replacing coach Latreisha Moon who led the Lady Cats to a 109-30 record in six seasons.

Moon left Aug. 1 to return to her alma mater Benjamin Russell High School in Alexander City, Ala., as the head girls basketball coach.

Behind Jackson and Wade in the Lady Cats scoring column Tuesday night were Takia Crankfield with seven points and Diamond Bouie with six. Lee Justice was the high scorer for the Lady Bobcats, with 13.

The Lady Cats will open their season Friday and Saturday, Nov. 25 and 26, when they travel to Tallahassee, Fla., to play in the Leon High School Thanksgiving Invitational Tournament.

Their regular season and home opener will be Tuesday, Nov. 29, against Pelham. Tipoff will be at 6 p.m.

They will return to Tallahassee on Wednesday and Thursday, Dec. 21 and 22, to compete in the Leon High School Lady Lions Christmas Invitational Tournament. 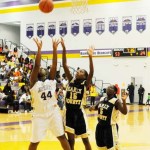 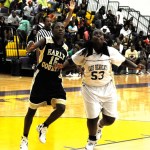 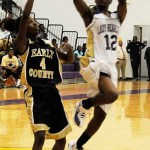 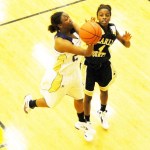 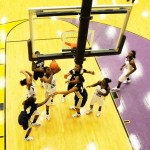