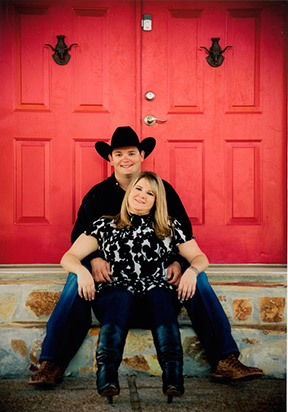 Mr. and Mrs. Johnny Fowler of Bainbridge announce the engagement of their daughter Tisha Fowler to Daniel Barnard Jr., of Bainbridge.

The bride-elect is the granddaughter of the late Mrs. Lucille Klenney and Mr. and Mrs. Alfred Rogers. She graduated from Bainbridge High School in 1996 and has a two-year degree in nursing.

Mr. Barnard is the son of Diane Whiddon and the late Daniel Barnard of Bainbridge. He is the grandson of the late Mrs. Eula Mae Foster and the late Mr. and Mrs. A.J. Barnard. He graduated from Bainbridge High School in 2002 and has a bachelors in business from Troy State University. He is the owner of two convenience stores.

The date and time of the wedding will be announced.