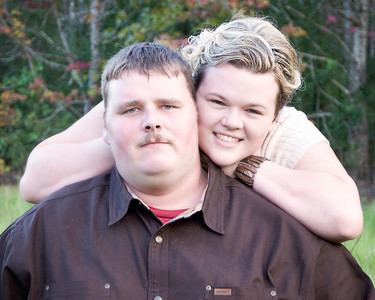 Miss Barber graduated from Cairo High School in 2009 and is attending Bainbridge College. She will graduate in Fall 2012 with an associate in business administration and accounting. She is a manager at Port City Seafood.

The groom-to-be is the son of Christine Evelyn McNichols and the late Tommy Charles Edwards of Cairo. He is the grandson of Lanelle Mobley Edwards and the late Charles Lester Edwards and of the late Adell Peck Sturgeon and Curtis Harley Peck.

Mr. Edwards graduated from Cairo High School in 2005. He is employed by Auto A/C in Thomasville, Ga.

The wedding is planned for Nov. 5  at 5 p.m. at Grady Cultural Center. Family and friends are invited to attend.