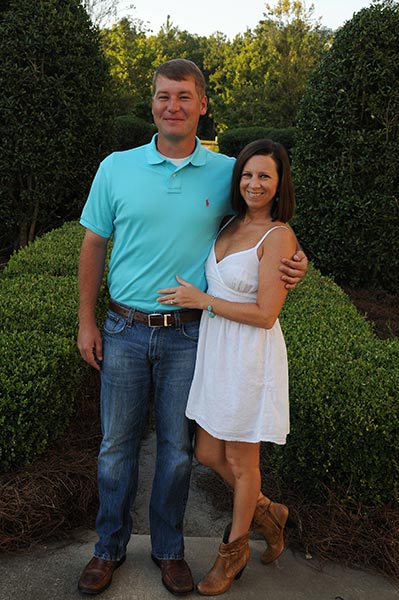 Mr. and Mrs. Ronnie Wilkin and Mr. and Mrs. Roy Adams, all of Bainbridge, announce the engagement of their daughter, Denver Adams to Calvin Duren, son of  Dr. and Mrs. Harry Weiser of Albany.

She is a 1996 graduate of Bainbridge High School and graduated from Valdosta State University in 2003 with a BBA in Management. She is employed at Woodgrain Millwork in Leesburg.

The groom-to-be is the grandson of Virginia Tucker and the late Calvin A. Tucker.

Mr. Duren graduated from Lyman Ward Military Academy in 2000 and attended Darton College pursuing an education in business administration. He is employed at Master Body Works.

The wedding is planned for Oct. 22 at 5 p.m. at First United Methodist Church of Albany, with reception to follow at Doublegate Country Club.

Invitations will be sent.