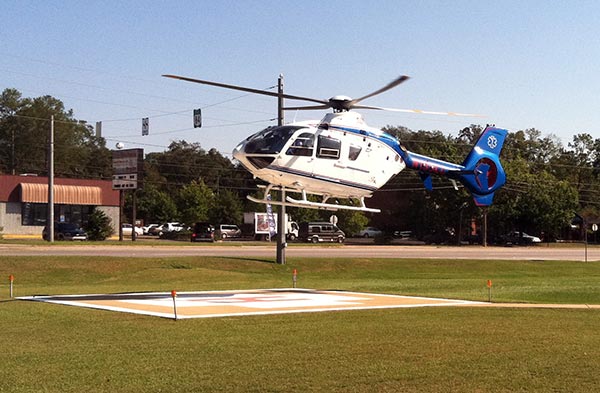 Anderson was critically injured shortly after 10 a.m. Tuesday morning when his motorized scooter was struck by an sport utility vehicle at the intersection of S. Russ Street and E. Sharpe Street.

According to a BPS accident report, Tamika Latrice Register, 28, of Colquitt, Ga., was traveling east on Sharpe Street when she ran through a stop sign and her GMC Yukon struck Anderson, who was traveling south on Russ Street.

Register, who was traveling at approximately 35 miles per hour, stated she did not see Anderson’s yellow scooter prior to the collision, Officer Mills said.

Anderson was thrown off his scooter onto the hood of the SUV. As Register veered and attempted to stop, Anderson was dragged off the hood and rolled under the driver’s side step rail of the SUV, according to the report.

Although he was presumed to have been wearing a helmet, it was immediately clear that Anderson had suffered significant internal injuries in the accident, Mills said. According to Mills, EMS personnel treated Anderson at the scene and then quickly took him to Memorial Hospital, where an emergency medical helicopter had arrived to transport him to Tallahassee.

Register was cited Wednesday for vehicular homicide in the second degree, a misdemeanor, and for failing to stop for a stop sign, Mills said.