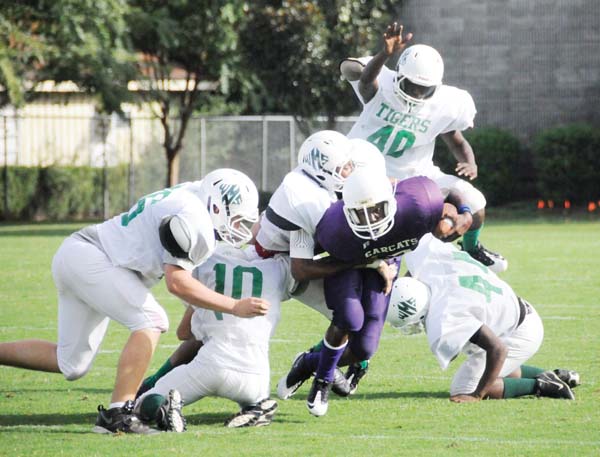 The Bearcats, who are now 1-1 for the season, will host the McIntyre Park Middle School eighth grade Bulldogs of Thomasville next Thursday, Sept. 29, at 5 p.m. at Centennial Field.

The Bearcats opened their season with a 14-8 victory over the Thomas County-Central Middle School eighth grade Yellow Jackets on Thursday, Sept. 1, on the road

The Tigers took an early 6-0 lead Thursday, scoring on a 27-yard Justin Montgomery run with 2:29 remaining in the third quarter.

The Bearcats pulled even at 6-6, when running back Elijah Taylor ran 15 yards for a touchdown on the first play of the fourth quarter.

Quarterback Tyree Crump tried to run in for the two-point conversion, but was stopped just short.

The Tigers reclaimed the lead, going ahead 14-6 when Malique Taylor ran 18 yards for a touchdown with 2:32 left in the game and ran in for the two-point conversion.

Bainbridge quarterback Tyree Crump threw a 46-yard touchdown pass to Myles Thomas 2:32 left in the game to cut the Tigers’ lead to 14-12.

Crump tried to run right for the two-point conversion, but was stopped just short. 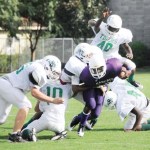 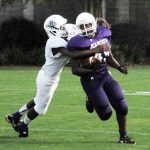 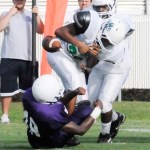 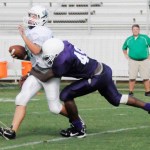