First Port City Bank recently announced the hiring of Chris New as its chief financial officer, and the promotions of two other employees, according to a press release from the bank.

New brings 17 years of banking experience, in addition to his business experience within the Bainbridge community.

New is a graduate of Florida State University, earning an MBA with an emphasis on banking and finance from Florida Atlantic University. New presently serves on The Bainbridge Historic Preservation Council. He is married to Randi, a teacher at Hutto Middle School, and they have three daughters at Bainbridge High School, Caroline, Sarah Anne and Emily.

Carroll, having more than 30 years of banking experience, has been employed with First Port City Bank since 1981. During her tenure, she has performed duties in most departments within the bank. Over the past five years, Carroll has served as senior vice president, overseeing both the operational duties and the financial duties of the bank.

“What a great opportunity for the bank to have an individual with this level of operational experience, who has great people skills and truly loves engaging with customers at First Port City Bank,” Bowles said. “Marvalynn’s experience and knowledge solidifies the bank’s position in operations particularly at a time when all banks are being challenged with regulatory issues.”

Carroll is a graduate of Valdosta State University and earned an MBA in business administration from Troy State University. She is also graduate of the University of Georgia Banking School. She continues to support this community by serving on BHS Council, Board of Directors for Georgia Youth Science and Technology Center (GYSTC), and is a Director with the Samaritan Counseling Center.

Scott Ewing has been named chief lending officer at First Port City Bank. Ewing joined First Port City one year ago, bringing with him more than 11 years of experience in community banking.

“Scott is a great asset for our bank as a leader and as an ambassador and has done a great job,” Bowles said. “He truly cares about Bainbridge and Decatur County and contributes a substantial amount of his time to a number of civic and benevolent organizations.”

Ewing is a graduate of Valdosta State University with a BBA, and a graduate of both the University of Georgia Banking School and the Graduate School of Banking at Louisiana State University. He serves as Vice-Chairman of the Executive Board of the Chamber of Commerce, serves as a board member of Family Connection, serves on the Board of the YMCA and participates in Relay for Life, Special Olympics and the United Way. 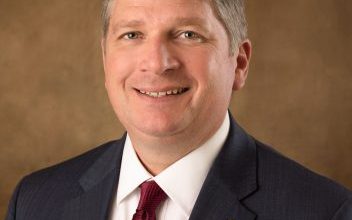 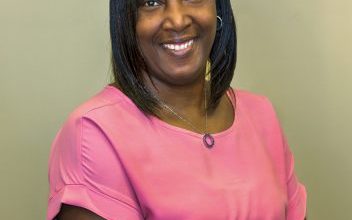 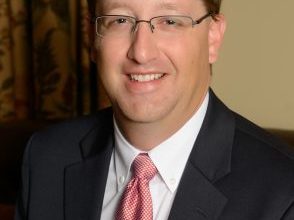