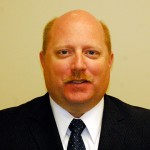 Bainbridge City Manager Chris Hobby announced Tuesday that a sole finalist has been selected to become the city’s next public safety director.

For the past six years, Miller has served as the chief of the public safety department in Albion, Mich., a city of about 9,000 people located about an hour’s drive south of Lansing, Mich.

Hobby described how Miller was chosen. A committee of citizens and Deputy City Manager Dustin Dowdy was formed this past April to begin a national search for a new Bainbridge Public Safety (BPS) director. The committee reviewed more than 70 applications and whittled down the list to 10 applicants. Each of the 10 visited Bainbridge for a first interview and then the list was narrowed down to five.

The original plan was to have the last five candidates — including two local applicants — visit Bainbridge for a follow-up interview and tour. However, Hobby said Tuesday that he scratched that plan because “it had become obvious to us that [Miller] was going to be the best fit for the job.”

Miller comes at a time when the Department of Public Safety’s leadership is undergoing a transformation.

In addition to Funderburke’s retirement, Fire Chief Dennis Mock retired in July along with James Brock, one of four assistant fire chiefs.

Craig Tully, former chief of the Colquitt/Miller County Fire and EMS Department, was hired to succeed Mock and began work on Monday, Sept. 5.

What’s next for Miller

In addition to having the new BPS director meet a number of civic and business leaders, Hobby said he would introduce Miller to the Bainbridge City Council after its meeting Tuesday night.

While he has decades of experience, Miller will have to take some classes in Georgia to earn his state certification, before going to work full-time at the end of this year.

“We are working to get his firefighting certification transferred to Georgia, but after reviewing the rules and procedures, we felt like it would be good for him to attend police academy in this state,” Hobby explained.

Miller will begin a 10-week police academy in Savannah, Ga., on Oct. 3 and return to Bainbridge around the start of December so that he can become oriented with BPS before taking over full-time in January.

“I expect to take the first 90 to 120 days of next year to evaluate in detail how BPS operates currently,” Miller said. “I am eager to hear citizens’ input on both the positives and negatives of the agency.”

Asked about BPS’s VIPER team, created two years ago as a community-oriented team of patrol officers, Miller said that he believes it is “vital” to maintain a good relationship between BPS and citizens.

“We cannot solely protect citizens without their help,” he said. “We work with them in partnership to identify crime and then work to prevent it.”

Miller also sees BPS officers as partners in improving the quality of life for Bainbridge residents on issues beyond crime. One example includes working with other city employees to clean up abandoned properties that residents identify as unsafe.

Miller, who first visited Bainbridge for an interview this past July, said he and his wife enjoy small-town living.

“We like the closeness of the community, and the ample opportunities for recreation, personal growth and shopping here,” he said.

His wife is Barbara Cliffe-Miller, who has a Ph.D. in physical therapy. The couple have three adult children, a daughter and two sons.