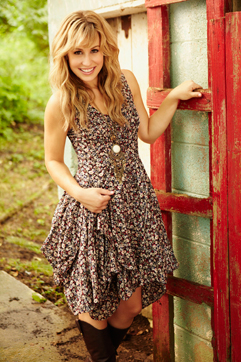 On Thursday, Sept. 15, Gulf Wind blows into town, opening the night at 7:30, followed by the ever-popular BikeFest veteran performers, Southern Outlaw Brothers — known to their fans as Bubba and Laney Strickland from Waycross.

The night’s entertainment on Friday, Sept. 16, begins with Lawrenceville, Georgia’s, own Throwing Stones, followed by Cold September, and rocks out with the enduringly popular classic hard rock group, Great White.

Another veteran act at BikeFest, Stormy Monday, is back again this year as the opening act on a jam-packed Saturday, Sept. 17, night.

A newcomer to the BikeFest stage this year, and a rising star on the Nashville scene, is Joanna Smith. A native of Arlington, Ga., she said she had musical aspirations at an early age. Asked at age 5 what she wanted to be when she grew up she replied, “I already am a professional country music singer, but I just don’t get to get on the stage much!”

Smith gave up a full scholarship at Auburn University to pursue a music career in Nashville. She joined Mustang Sally at age 18 and began writing songs. She is the author of “Flying By,” recorded by Billy Ray Cyrus in 2007, and continues to write with some of Nashville’s most successful hit writers, while recording her country vocals and guitar on the Columbia Nashville label. She takes the stage at 9 p.m. Saturday.

Closers for Saturday night are the LoCash Cowboys at 11 p.m. A country music duo comprised of Chris Lucas and Preston Brust, the two debuted on the Grand Ole Opry in May of this year. They have appeared with such artists as Charlie Daniels, ZZ Top, Toby Keith, Train, Blake Shelton and Tom Petty, performed at halftime on NBA and U.S. Olympic team basketball games, and were on the Fox News Network’s New Year’s Eve broadcast from Times Square. They are busy promoting their current single, “You Got Me,” an upbeat harmony-laced song about how you feel when you fall in love.

It’s all happening at BikeFest on Sept. 14-17, at their “country home” located at 1754 Pond Town Road, 3.6 miles north from Miller Avenue in Bainbridge.

The price of admission is $30 for a weekend pass, or $20 for Saturday only.

No one under age 18 will be permitted on the grounds.