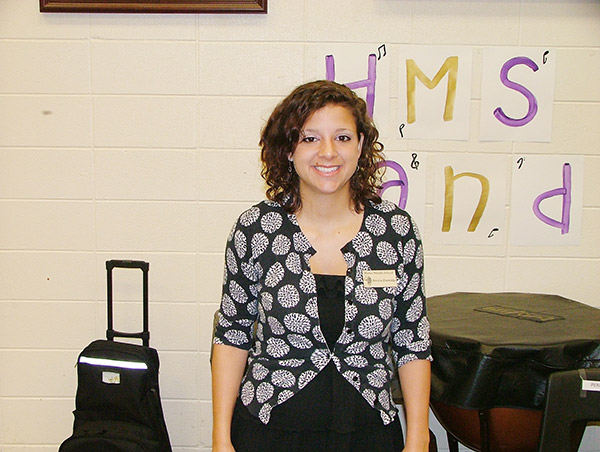 Jessica Eastridge, a native of Pittsburgh, Pa., is the new band director at Hutto Middle School.

Eastridge is a 2010 graduate of the University of South Carolina, where she was a member of the marching band and earned a degree in music education. She graduated from Hilton Head Island High School in South Carolina in 2006.

She said she is looking forward to working with the Hutto band students and with Decatur County School System Director of Bands Paschal Ward and his “outstanding” program.

“I am really looking forward to going to Philadelphia with Mr. Ward’s outstanding Bainbridge High School Band and seeing them march in the Thanksgiving Day Parade,” she said.

Her husband Jared, a native of Blacksburg, Va., also earned a degree in music education from the University of South Carolina and was a member of the school’s marching band.

He is currently working on his master’s degree in music education at Florida State University. The Eastridges live in Havana, Fla.

Eastridge and her husband were both clarinet majors at South Carolina.