Driver not hurt after losing control 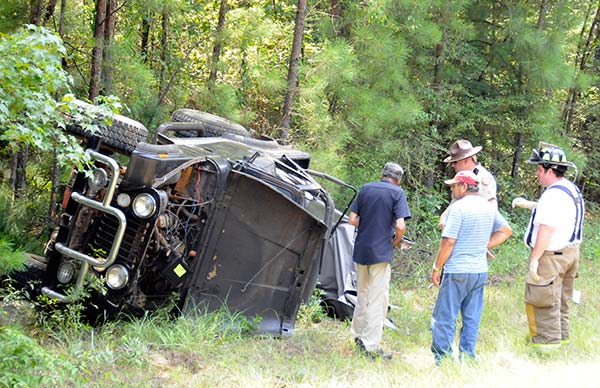 A Bainbridge man escaped serious injury Thursday afternoon, after his Jeep’s tires reportedly locked up and caused him to lose control and flip the vehicle.

Trooper First Class Brian Palmer of the Georgia State Patrol post in Colquitt said that 65-year-old Jessie W. Chevallier of Bainbridge was travelling on Georgia State Route 97, near the intersection with Country Club Road, when his vehicle left the road at approximately 1:24 p.m. Chevallier was uninjured and was able to move and speak with the trooper.

“(Chevallier) said the tires locked up on him and he lost control,” Palmer said.

Chevallier’s 1979 Jeep skidded onto the east shoulder and ran up against some trees before flipping onto its left side.

Palmer said Chevallier was following the speed limit, and Palmer did not anticipate any charges would be filed.

Traffic on the highway was slowed and partially blocked for approximately an hour as law enforcement officials worked to clear the scene.