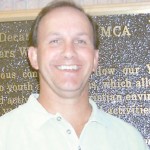 The Bainbridge-Decatur County YMCA Board of Directors has received the resignation of Executive Director Ken Bailey, according to a news release.

“Under Bailey’s leadership, the YMCA has continued to be a significant establishment in the community,” said Erwin Harrell, chairman of the YMCA’s board.

Expansion of the facility over the past several years has included the addition of a childcare facility and therapeutic pool. The Langston-Gray Bowling Center was completed in 2001. The Bainbridge-Decatur County YMCA has existed since 1986.

“Economic times have created challenges for its leaders, employees, and customers,” the news release stated. “The YMCA Board thanks Bailey for his efforts and loyalty to the ongoing programs and his commitment to sustain the Y’s significance in Decatur County.”

The YMCA board will pursue a nationwide search in collaboration with USA-YMCA who will assist in the search for a new executive director. The YMCA will continue to be guided by its core values: honesty, caring, responsibility, respect and healthy habits. The YMCA board will work together to ensure that the Bainbridge-Decatur County YMCA continues to put Christian principles into practice through programs that build a healthy body, mind, and spirit for all.

Bailey is married to the former Vicki Harrell; they have a son, Anderson.

Harrell said Bailey’s resignation will not affect the latter’s plans to coach the Grace Christian Academy varsity boys’ soccer team. In addition, Bailey will still be at the YMCA for the next 30 days if anyone has questions about YMCA programs.