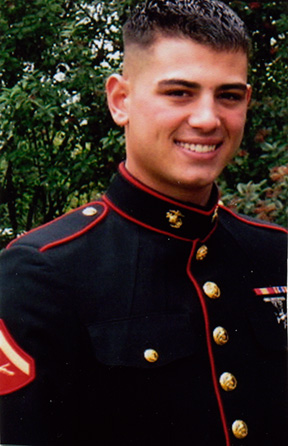 U.S. Marines Lance Cpl. Devin Morris, the son of Kevin and Paula Morris of Bainbridge, returned home May 29 from a seven-month tour in Afghanistan in support of Operation Enduring Freedom.

Lance Cpl. Morris, a member of the Marines’ Bravo Battery, 1st Battalion, 10th Marine Artillery Regiment, was part of an artillery team that handled missile control in Afghanistan. The battery’s soldiers conducted daily security patrols through the Kajaki District in the Helmand province of Afghanistan, including the strategically key Kajaki hydroelectric dam.

Morris is a 2008 alumnus of Bainbridge High School. He is stationed in Camp Lejeune, N.C. He has a brother, Dylan Morris, as well as three grandparents, Dot Morris, Willie Phillips and Lamar Barbree, all of Bainbridge.

We Christians are well aware that Satan started the lie that man could become a god, and that was the... read more