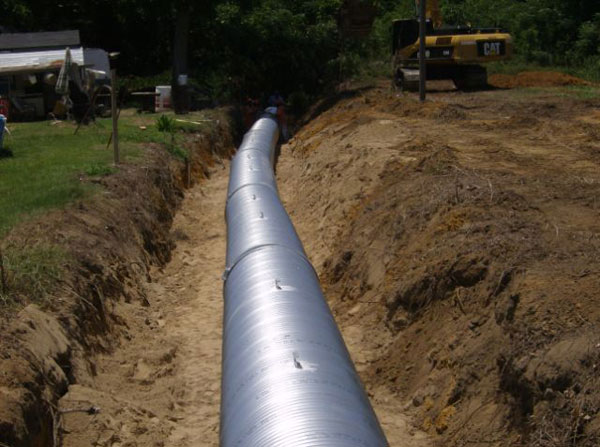 Improvements made to the drainage ditch on Martin Luther King in the City of Climax, an unofficial complaint brought by a citizen, and an address from Jay Hadley about a food pantry in Climax were several topics discussed at the July meeting of the Climax City Council.

For many months the Climax City Council had under consideration making improvements to a large drainage ditch on Martin Luther King Street.

Mayor Charles Hadsock announced Monday night that work has been completed, with grass beginning to come up and cover the drainage ditch.

Maintenance Supervisor Greg Toole stated that work, with help from Decatur County in labor and the fill dirt, began on June 21 and was completed shortly thereafter.

As work began on the 21st, Mayor Hadsock was on site, and expressed the city’s appreciation to Beulah Austin for giving the easement permission so work could begin. He also expressed appreciation to the county for all its help and the dirt to cover the ditch. According to the mayor, this is the beginning of just one of the improvements council hopes to make in the city.

Citizen Richard Martin addressed the council in public comments, bringing an unofficial complaint about the part-time police officer John Presilla. He said the matter he needed to discuss with the council was concerning Policeman Presilla and the use of the city’s police car.

Martin said he knew the police car was being used for personal use with the policeman driving his girlfriend around. He also expressed several other complaints that dealt with personal issues, in that Martin felt he was being harassed by the policeman and being threatened with arrest. He said he did not feel he was receiving respect from policeman Presilla.

Martin said he was laying it on the table for the council.

Mayor Hadsock thanked Martin for his concerns, and told him he appreciated him for coming to the council.

The council did take up the issue of the city’s police car policy. After discussion no action was taken at present since the city doesn’t actually have a policy in place. A policy will be put in place and reviewed by all council members and discussed at next month’s meeting. The Mayor announced, however, that the council did not want unauthorized persons riding in the police car.

Jay Hadley spoke to the council requesting permission to hold a food pantry for the people somewhere in Climax. He suggested the Swine Time grounds as a semi-truck would bring the food, and motorized hand trucks would be used to unload the food.

The Mayor told Hadley that permission to use the Swine Time grounds would have to come from the Climax Community Club. However, the council had no objection to Hadley holding a food pantry in Climax.

Maintenance man Toole reminded citizens that limbs and debris should be the correct size for hauling, 4 feet in length, and no larger than 4 inches in diameter. He also reminded everyone that the burn pile was not for household trash and was for the citizens of Climax only.