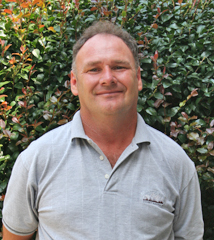 Next week, Coach Gill will be instructing a camp for 8-year-old and older boys and girls at the Bainbridge-Decatur County YMCA soccer field. The camp will be held Monday, July 18 through Friday, July 22, from 8:30 a.m. to noon each day.

Coach Gill will also be instructing a Monday through Thursday soccer camp for middle and high school girls at the Centennial Field practice field. Camp sessions will be from 5:30 p.m. to 9 p.m.

Midfielder Hal Clement, the  outstanding midfielder award winner as a senior for coach Jamie Ard’s Bainbridge High School Bearcats soccer team this past season, will be a freshman for Coach Gill’s Middle Georgia Warriors this season. He had 26 goals and 10 assists as a Bearcat and is the top scorer in school history.

Registration deadline for the YMCA camp is Friday. The cost is $65 for YMCA members and $75 for non- members.

The cost for the night girls camp is $50, which can be paid when campers arrive.

During both camps, Coach Gill will instruct the youngsters in the basic soccer skills of ball control, passing, dribbling, heading, defense and shooting.