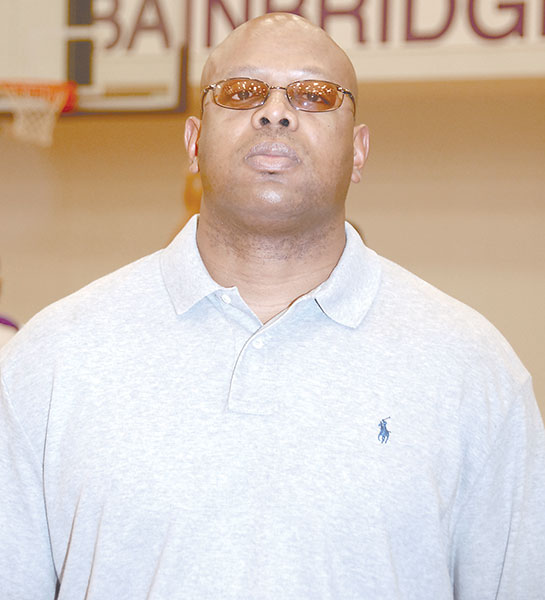 A 1992 graduate of Macon County High School in Montezuma, Ga., where he was an All-Region linebacker and outstanding defensive player award winner for the Bulldogs football team and an All-Region wing and inside player for the Bulldogs basketball team, Coach Cochran received a football scholarship to Liberty University where he played linebacker and earned a bachelor of science degree in psychology.

Coach Cochran, who teaches weight training, and his wife, the former Rochelle Peterson of Bainbridge who teaches deaf students in the Decatur County School System, have a son Kelvin Jr., (K.J.)., who will be six years old on August 30 and a first-grader at Jones-Wheat Elementary School.

They went 4-3 at the Lowndes County High School Vikettes camp in Valdosta and 9-1 while capturing the camp championship at the Tallahassee Community College Lady Eagles camp.

“Our only loss in Tallahassee was to Tallahassee Rickards High School and we beat them twice  earlier in camp play,” Coach Cochran said.

Coach Cochran said he wants his team to get down the court quickly and play pressure defense.

“I have coached under two outstanding coaches in Coach Page and Coach McCullough and learned a lot from both of them,” he said. “I plan to use that knowledge as I become a head coach.”