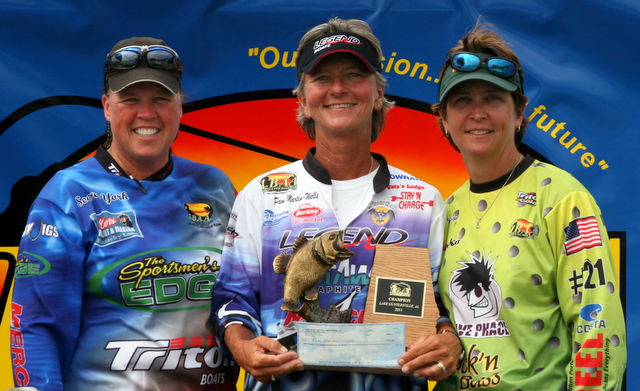 Pam Martin-Wells claimed her first Lady Bass Anglers Association (LBAA)Tournament win Friday, as she brought a 12-pound five-fish limit to the scales. Martin-Wells’ total weight ended up being 29.67 pounds of bass in the two-day LBAA ProAm event in Guntersville, Ala.

“I basically did the same thing today that I did yesterday. I was really just jumping around today and didn’t get a bite until 11 o’clock,” the legendary angler from Bainbridge, Ga. commented. “I really have to credit being versatile along with being patient and persistent for helping to make this happen.”

“My fish came from both the ledges and the grass with two of them coming from the grass,” Martin-Wells said. commented.

“Alabama always has been good to me as this is my fifth or sixth win here in the state,” she added, “but to win one in the inaugural year of the LBAA is great. I’ve been doing this for 24 years and have spent half of my life trying to promote this sport so that the young girls coming up will have something to do.” 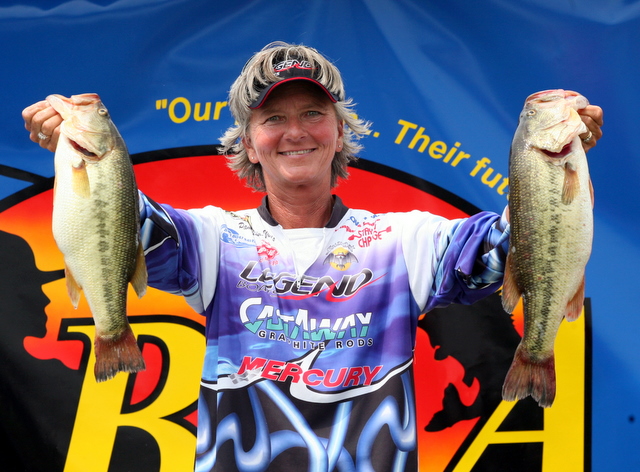 Rounding out the LBAA Lake Guntersville ProAm Super Seven were Connie Buckner of Scottsboro, Ala., in fourth with 26.40; Kim Bain-Moore from Pelham, Ala., was fifth with 25.14; sixth went to Lynda Gessner from Foristell, Mo., who had 22.50, and Gessner was followed in seventh by Emily Shaffer from Mount Juliet, Tenn., with 19.82.

Big bass awards for Lake Guntersville went to Lisa Johnson of Centre, Alabama on the pro side with a 5.47-pound bass. On the co-angler side, Bonnie Ward claimed the honors with a 3.60-pound bass.

The LBAA has two events remaining for the 2011 season. Next stop on the tour is Old Hickory in Tennessee on August 25-27. The LBAA 2011 Tournament Championship will be held October 6-8. For more information on the LBAA, visit www.ladybassanglers.com