F.I.R.M. Takes their Best to the Beach for Nationals 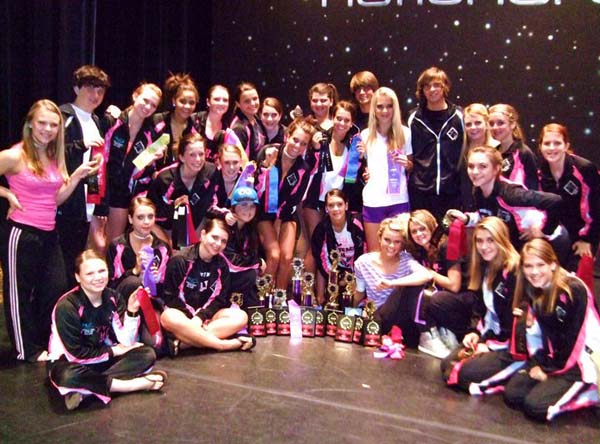 Members of the FIRM's Junior Apprentice, Senior and Senior Elite Companies on the final day of competition as they were awarded the Sportmanship Award as welll as Best Overall Choreography.

Members of the Cairo, Ga.,-based F.I.R.M. Dance Company have returned from the Platinum National Dance Competition, held in Panama City, Florida, and the local group of dancers came home with many accolades and awards.

“I am unbelievably proud of this group of dancers,” said Dana Willis, Artistic Director. “We competed against 27 studios from all over the country. I’m very proud of the repertoire of dances we brought to compete, which was much more versatile than other studios, showing our dancers have quite an impressive range of dance ability.”

“While achieving all of these honors was reaffirming for our company, I’m most proud of the fact that we were once again awarded the Sportsmanship Award, which was to recognize the supportive attitude of our dancers to other companies and the phenomenal assistance of our awesome Prop Pops, who were there to help many other companies backstage,” Willis said.

Willis also reports that a highlight of the competition was the successfulness of the kick line-heavy “Diamonds,” which earned Willis an Over All Choreography award in the Elite Dance Division.

Now that the dancers have returned from Nationals, attention turns to preparing for the 2011-2012 season, and Willis shares that this year will mark a change for the Company.

“During our summer workshops, we normally have an informal audition for prospective new members,” she explained. “This year, we will be doing it slightly different with a more formal audition for prospective new members as well as veteran members that will be held on the Friday following the last day of each summer workshop. During this last day of auditions, dancers will be expected to showcase their talent and to prove that they can uphold the rigorous demands of a competitive dancer.”

Auditions for The F.I.R.M. Dance Company are open to all regional dancers who wish to expand their competition and performance experience.

The summer workshops will be held at both the Thomasville and Cairo studios. The Cairo workshop (recommended for the more Advanced to Intermediate levels) will be July 11 through 14, with auditions being held on Friday, July 15th. The Thomasville workshop (recommended for the Intermediate to Beginner levels) will be held July 18 through 21, with auditions being held Friday, July 22. Workshop completion is mandatory to be eligible to audition. For more information on Summer Workshops or to discuss auditions for the F.I.R.M. Dance company, please call Dana Willis at (229) 377-2800. 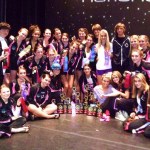 Members of the FIRM’s Junior Apprentice, Senior and Senior Elite Companies on the final day of competition as they were awarded the Sportmanship Award as welll as Best Overall Choreography. 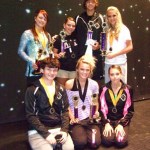 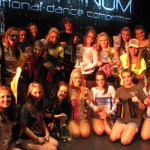 Members of the FIRM’s Junior Apprentice, Senior and Senior Elite Companies on the final day of competition as they were awarded the Sportmanship Award as welll as Best Overall Choreography.

BAINBRIDGE-DECATUR COUNTY YMCA Extreme swim team coaches Jamie and Jeannie Hahn, at rear, get together with their team. From left... read more