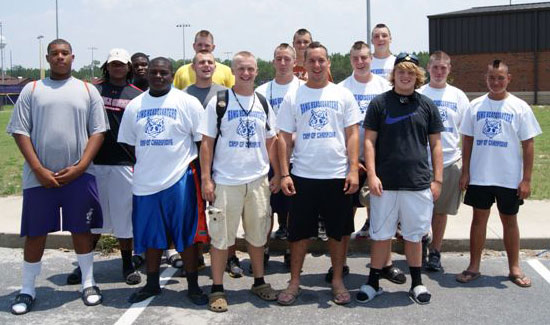 “The men had a good week of workouts and training,” Coach Sprenkle said. “They came home with a good experience and a new direction on how the new football season is going to be.”

The offensive line, commonly known as the unsung heroes of any successful offense, all pulled together at camp.

During the week, the players worked on stance, blocking technique and other fundamentals.