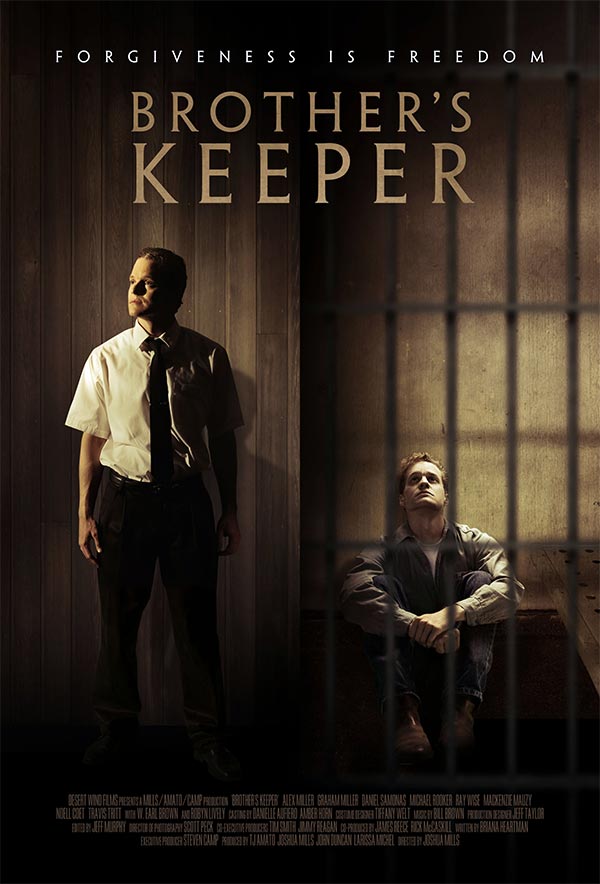 It’s “Lights, Camera, Action!” time again in Bainbridge, as Desert Wind Films is back in town this summer to shoot another faith-based feature film.

The most exciting news from Desert Wind Films is that “Brother’s Keeper” (formerly known as “Fishers of Men”) will have its theatrical release on April 12, 2012.

“Brother’s Keeper,” which was almost entirely filmed in Bainbridge and Decatur County last fall, is confirmed for release on at least 220 screens next spring and could wind up being shown on more than 400, Executive Producer Steven Camp said.

Desert Wind Films is also in negotiations with major companies to distribute “Brother’s Keeper” on DVD following its theatrical release. Desert Wind is hoping to partner with companies that have a very strong track record of bringing faith-based films to a wide audience, Camp said.

According to Camp, the plan is to feature the trailer for “Brother’s Keeper” in theatrical screenings and DVDs for other faith-based films due for release later this year.

About the name change

“Brother’s Keeper” received its name change due to a marketing survey that showed most people who watched the trailer thought the new title best represented the theme of the movie, Camp said.

“Brother’s Keeper,” starring twin Hollywood actors Alex and Graham Miller, deals with a tragic turn of events that affects the lives of Andy and Pete Goodwyn in fictional 1950s Bainbridge.

One brother’s personal sacrifice for his brother as he faces a bleak outcome contains allusions to the life of Jesus Christ, and is one of the movie’s most pervasive themes, Camp said.

Desert Wind’s new production is “Broken Bridges” and will be shot on location in Decatur County starting in August.

There are plans to bring back a few actors from the first film to play roles in the new one, including Daniel Samonas, Ray Wise and Michael Rooker, Camp said.

“Broken Bridges” will explore how people cope with grief after a traumatic loss. The tagline is “character reveals in action, not in words…”

The movie was written by young Hollywood actor Jonathan Murphy, who will also have a starring role. Murphy has had roles on a variety of TV shows and films, including ABC’s critically acclaimed dramas “Life on Mars” and “October Road.”

Also locked in to star in the movie are Wes Brown, who has appeared in such films as Disney’s “Glory Road” and Warner Brothers’ “We Are Marshall.” He has also had recurring appearances on HBO’s “True Blood” and NBC’s “Trauma.”