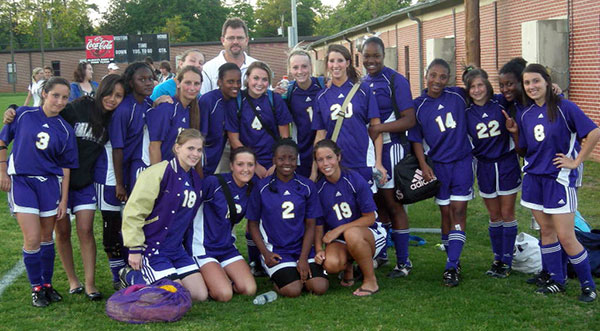 The Lady Cats were able to finish with a winning 8-7 season despite being struck by injuries.

“We battled hard all season long,” Coach Chip Ariail said. “We had to replace six starters from last season, then we lost two more to injuries at the beginning of the season.”

Despite the setbacks, the young ladies showed a lot of improvement, finishing the season with a winning record against several quality opponents, Ariail said.

Ariail thanked his senior players, who provided invaluable experience and leadership in guiding the team throughout the year.

Those seniors include Lindsay Unfricht, Candace Perkins, Bailey Wells and Robbi Howard, who have three years or more in the program, second-year player Jessica Dunlap and first-time player April Thomas.

The Demonettes built a 4-0 first half lead Tuesday in route to the victory. They scored their first goal in the ninth minute, when one of their forwards redirected a cross from the right side to the left post from six yards out.