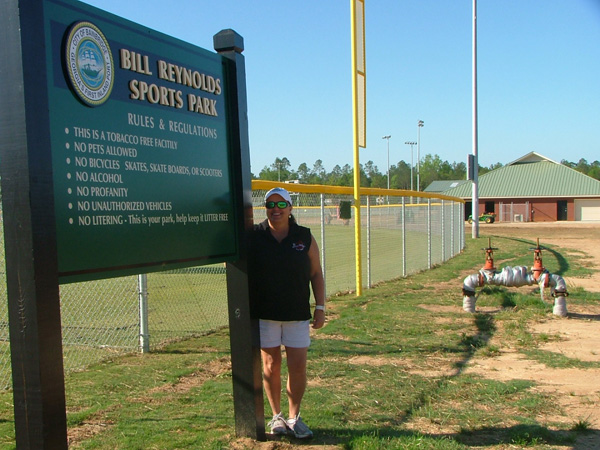 Leisure Services Program Director Diane Atkinson said, “We are having opening ceremonies a little late this year because we wanted to wait until the fields were ready.”

The opening ceremonies, which get underway at 5:30 p.m., feature the introduction of 68 teams and 881 players. Players and coaches should report at be ready to line up by 4:45 p.m.

Coaches and teams will walk onto the field as they are introduced.

Following the introduction of the teams, Searcy Smith, daughter of Mitchell and Judy Smith, will sing the national anthem, and the Rev. Newton Cranford, pastor of Bethel Baptist Church, will lead the teams and audience in prayer.

“The fences are inner changeable,” she said. “We can move them out or in, depending on whether we are playing baseball or softball.”

Nearly 15 tournaments have been scheduled at the new, state-of-the-art complex within the next four months.

The concession stands are set up to sell candy and snacks like the other Bainbridge ball fields do, but they will also be able to provide hamburgers and fried foods such as French fries, fried pickles and the like.

Next to the concession stand, patrons can sit at a covered pavilion with heated and air-conditioned restrooms nearby. There are also three other pavilions at each quad, covered with tables, fans and electrical outlets.

The complex, which cost approximately $2.7 million, is being paid for using receipts from the Special Purpose Local Option Sales Tax.